The best tool yet for finding water on the Red Planet 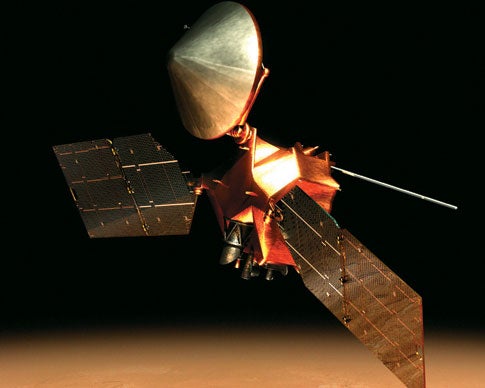 Pointed at the surface of Mars, the half-meter telescope on the Mars Reconnaissance Orbiter will reveal structures as small as three feet wide-cracks in the canyons, rock outcroppings that had been just a blur. Scientists hope the craft, which launched in August and will take up orbit around the planet in March, will be able to spot the twin Mars rovers still tirelessly rolling across the surface and trace the fate of the European Space Agency’s failed Beagle 2 lander. Ground-penetrating radar will further
the search for water. Researchers think it may reveal submerged ice deposits or perhaps even liquid underground lakes.