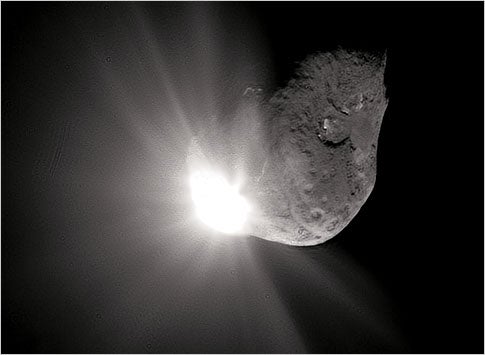 “A bullet hitting a bullet” is how NASA scientists described the Deep Impact mission. The 800-pound copper-and-aluminum impactor positioned itself in comet Tempel 1’s path and, on July 4, slammed into it, offering a first-ever peek inside a comet. Sensors on the spacecraft that launched the impactor analyzed the detritus, which was packed with surprising ingredients such as carbonates–minerals typically formed in liquid water–and aromatic hydrocarbons, the principal ingredients of soot.