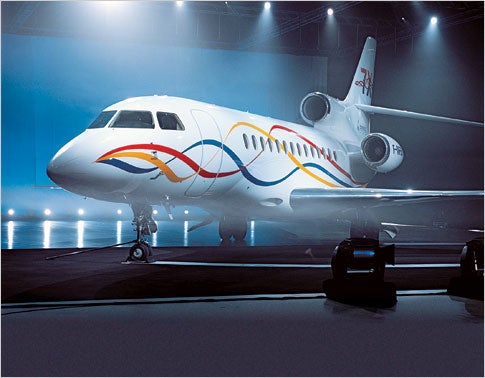 Most business jets don’t get anywhere near their maximum range traveling at top speed. The Dassault Falcon 7X, unveiled in February, is the exception. Its long, slender wings help lift the plane to 41,000 feet even when fully loaded (other jets must burn significant amounts of fuel to reach similar altitudes, where airplanes operate more efficiently) and suffer less drag at high speeds than do other wing designs. The result: a 6,560-mile range while traveling at 530 mph. Advanced flaps and slats let the Falcon land at slower speeds and on shorter runways. It’s also the first business jet with fly-by-wire controls, the
electronic (versus mechanical) linkages that have vastly improved safety on bigger jets. $39 million