Genesis Crashes. Can Stardust be Saved?

Scientists turn their attention to another incoming spacecraft. 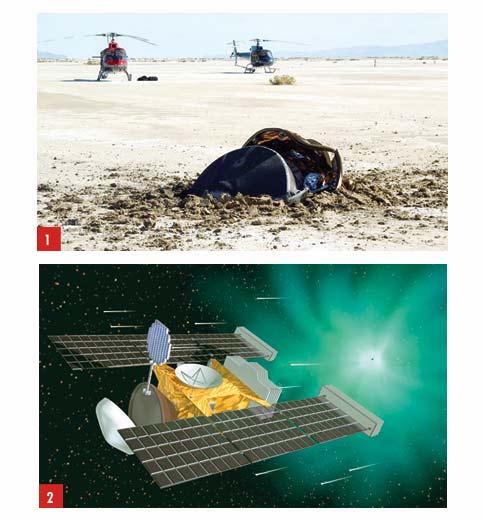 It was supposed to end with a smashing movie stunt; instead it ended with a smash. The parachute that was to be grabbed by helicopter pilots on September 8 never opened, and the Genesis return capsule, loaded with solar particles, plunged into the Utah desert. A report from the NASA Mishap Investigation Board due out this month should explain why the spacecraft’s control system failed to deploy the chutes. Meanwhile, planetary researchers worry about another sample-return mission: the probe Stardust, which collected comet-tail particles last January and is now headed back to Earth for a January 2006 landing–via parachute–in the same Utah desert. “We obviously cannot change the hardware on Stardust,” says NASA’s Orlando Figueroa. But if Genesis suffered software or procedural mishaps, similar flaws on Stardust could be fixed before the craft returns to Earth.