Saturn on the Web

The latest images of Saturn, and more 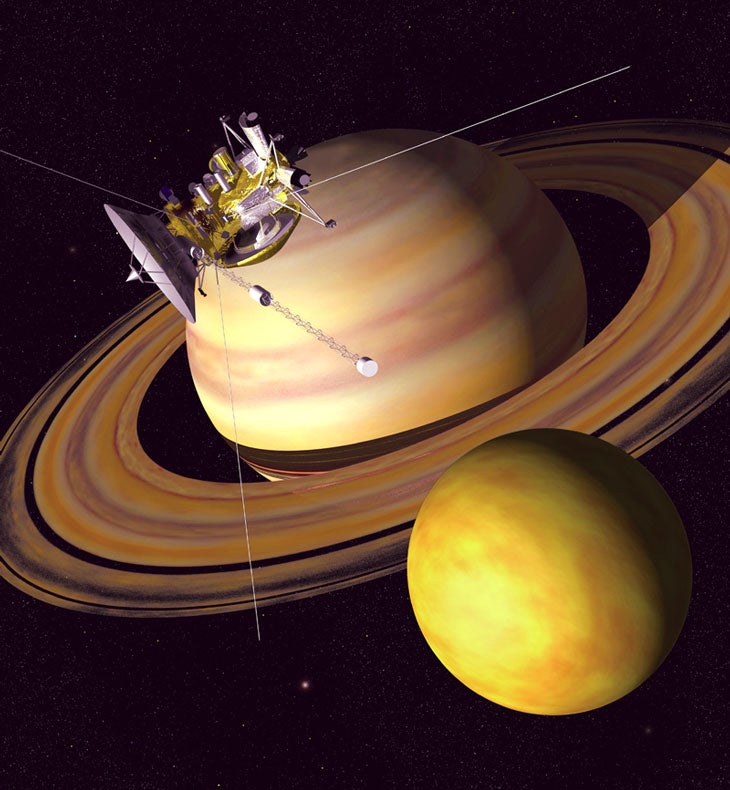 Encircled by hundreds of extravagant rings and orbited by 31 (known) moons, Saturn may be one of the most spectacular of our eight celestial neighbors. The Cassini-Huygens mission to Saturn and its largest moon, Titan–which will arrive on June 30 after a full seven years in transit–is expected to provide bold new insights.

Most of what we know to date about the second-largest planet comes from three earlier missions that flew by Saturn in the 1970s and 1980s–Pioneer 11 and Voyagers 1 and 2–and from the Hubble Space Telescope.

Titan’s atmosphere is believed to be a mixture of methane and nitrogen.

For the latest images of Saturn, as well as information about the planet’s magnetosphere and the origins of its rings–and to find out who Giovanni Cassini and Christiaan Huygens were–visit the Cassini-Huygens website.