The killer-asteroid movies are almost forgotten, but the threat is real and unquantified. Will it fall to hobbyists to save the world?

Its name is 1950DA, it’s the size of a small mountain, and it’s headed for Earth. According to one grim scenario, 1950DA will hit its target-most likely water, since there is more water than land on our planet-and plunge to the seabed in a fraction of a second. When the asteroid meets the ocean floor, it will explode, excavating a crater 11 miles wide.
A column of water and debris will shoot a few miles into the sky-to the height of a low-flying jetliner. Then skyscraper-high walls of water will head for shore, eventually breaking in the shallows
and flooding the coast. The rest you know, if you saw the weepy 1998 asteroid movie Deep Impact.

Worse things may already have happened: One theory credits an 11-kilometer-wide asteroid with roasting dinosaurs alive 65 million years ago.
The enormous impact sent debris flying back into space–some of it halfway to the Moon. When the asteroid bits reentered the atmosphere, the heat that was generated flash-baked plant and animal life. (Had that not happened, mind you, we probably wouldn’t be here today.) 1950DA is minuscule by comparison, though even a still smaller asteroid could take out an entire city with a direct hit. And make no mistake, there are plenty of space rocks out there; one missed Earth by only 75,000 miles in June 2002–and wasn’t spotted until after it had whizzed by.

Now for the good news. First, 1950DA is 877 years away and a 300-to-1 long shot for actually striking the planet and doing the damage in the scenario above, which is part of a simulation recently created by planetary scientists Steven Ward and Erik Asphaug of the University of California, Santa Cruz. And although there are more 1950DAs out there–maybe bigger, maybe due to arrive much sooner–the search for potential killer asteroids is at least under way, though sorely underfunded. Furthermore, a small band of scientists, many of them fueled more by passion than by actual government grants, is working on novel methods to deal with asteroids before they get too close to be diverted or destroyed. (The time spans involved give a new definition to advance thinking:
As the foldout on the previous pages shows, some diversion operations would require centuries to work.)

NASA is more than halfway through a search for asteroids and comets that come within striking distance of Earth–called “near Earth objects,” or NEOs–and are wider than a kilometer. Experts calculate that the chance of an object that size hitting Earth in the next century is only one in several thousand, but the result would be global havoc.

After astronomers spot an asteroid in their telescopes, they use radar tracking to get a more precise picture of where it’s headed, how fast it’s moving, and whether its orbit around the Sun will intersect with Earth’s orbit. Before 1950DA’s predicted encounter with Earth in 2880, the asteroid will swing around the Sun almost 400 times, while Earth will complete 876 orbits.

Of the 600-plus large NEOs tracked thus far, only 1950DA poses any threat at all. But at this stage of the search, there are an estimated 400 potential global killers left to find, not to mention over a million hard-to-spot smaller asteroids capable of regional destruction. (A rock that exploded over Tunguska, Siberia, in 1908 leveled a thousand square miles of remote forest; it was a mere 60 meters wide.) Making the tallying work more tricky are a few long-period comets, which only swing by every few hundred years and are much more difficult to track.

The search is only the beginning, and as Jay Melosh, a planetary scientist at the University of Arizona points out, “The question is, If we find one with our name on it, can we do anything?”

NASA’s search effort receives a paltry $3 million per year, just a fraction of the $25 million that NASA earmarked last year to fix the doors on the Kennedy Space Center’s vehicle-assembly building. “I’d like to see more money spent,” says David Morrison of NASA’s Ames Research Center. But as yet, there’s no official program either to build or to test asteroid-deflection technologies. If Earth gets whacked by a significant asteroid within the next few centuries, survivors might find themselves marveling that their ancestors, with tools in hand, did little to prevent a cataclysm.

The asteroid interception and diversion experts are mostly hobbyists–planetary scientists, astronomers and engineers who think up these strategies on their own time. But the ideas are plentiful: As our gatefold shows, the path from detection to mitigation could include low-thrust engines, solar sails, standoff nuclear explosions and more.

Melosh, for example, has been focusing on the use of solar collectors, which could concentrate sunlight on an asteroid, vaporizing enough material to gradually nudge the rock off course. Until recently, this idea amounted to little more than a series of conceptual sketches
bolstered by calculations. Then Melosh learned of L’Garde, a California company that makes smaller versions of the exact collectors he needs. With a few adjustments, he says, his strategy could be put to work tomorrow.

It would take years for sunlight to redirect an asteroid, however, so
advance notice is absolutely critical. Ditto for tactics that would involve painting an incoming asteroid or covering its surface with white glass beads–both approaches would make the asteroid more reflective, increasing the tiny reaction forces produced when sunlight is radiated back into space. Over several centuries, the cumulative effect of these slight forces would alter the asteroid’s velocity and cause a miss. “You let the Sun do the work,” says Jon Giorgini of NASA’s Jet Propulsion Laboratory (JPL), one of the scientists who projected 1950DA’s orbit out to 2880.

“The key,” says Donald Yeomans, who heads the NEO Program Office at JPL, “is you’ve got to find them early. If they’re on an approach trajectory and you’ve [only] got a few months, there’s not much you can do.”

Given ample time, an effective defense strategy might require that a probe be launched to study the structure of the incoming body. Not all asteroids are the solid objects familiar from museum meteorite displays. Some are porous, others are collections of rubble loosely held together by gravity. Exploding a nuclear bomb nearby might nudge a dense asteroid off track, but it could break a brittle one into pieces, effectively multiplying the threat by creating smaller but still lethal rocks.

Each threat, in other words, requires an adjustment of strategy. “You need to find out [the asteroid’s] density, find out its mass, its porosity, its composition, because all these things are important if you want to effect some kind of mitigation or deflection,” says Yeomans.
One approach uses so-called kinetic kill vehicles–numerous small spacecraft placed in an asteroid’s path. Hit by hit, they slow it down enough that Earth will pass through the projected collision point before the asteroid does.

Also possible is a dock-and-push approach, in which a spacecraft parks on the asteroid’s surface, fires its thrusters, and alters the trajectory. Robert Gold of the Applied Physics Laboratory at Johns Hopkins University says the probe he designed for NASA’s Near Earth Asteroid Rendezvous mission–the first to land on an asteroid–could divert a hundred-meter-wide object, which is large enough to wipe out the Washington Beltway. “If you found [the asteroid] 30 years in advance, that little 6-foot by 6-foot spacecraft could provide enough impulse to make it miss Earth,” he says.

Still, as Yeomans warns, none of this will work without advance notice. Currently, NASA expects to find only about 90 percent of the NEOs large enough to cause global catastrophes. The remaining 10 percent are too dark for today’s telescopes, or too difficult to distinguish from the many asteroids that orbit harmlessly in the solar system’s main asteroid belt between Mars and Jupiter. Andrea Milani, of the Space Mechanics group at the University of Pisa in Italy, wants to find the hidden large NEOs and extend the survey down to objects as small as 300 meters across. Both goals require a new generation of ground-based telescopes capable of detecting fainter objects, and possibly space-based observatories to peer into obscure areas of the solar system. The ground-based, 8.4-meter Large-aperture Synoptic Survey Telescope is one possibility, but its $120 million price is the equivalent of 40 years of the current search budget.

As the search expands, at least one group is recommending a practice deflection. The B612 Foundation, which takes its name from the asteroid in Antoine de Saint-Exupery’s The Little Prince, is designing a mission to alter an asteroid’s orbit using a low-thrust, possibly nuclear-electric spacecraft. The Houston-based organization, a group of scientists and astronauts that includes space station crewmember Ed Lu, won’t be able to fund the mission on its own, so B612 plans to present the plan to NASA and other space agencies, and push for a test by 2015. Clark Chapman of B612 won’t name an exact price for the mission, but he estimates it will fall somewhere between the cost of a typi-cal interplanetary probe mission and NASA’s several-billion-dollar Jupiter Icy Moons Orbiter project.

Morrison applauds the civilian effort, but also calls for more from NASA. “We need an actual program, even if it’s a modest beginning, to demonstrate that we can do some of this,” he says. Morrison doubts that any concerted effort will be made until a specific threat is discovered–something like 1950DA but closer to home. In the meantime, he and fellow asteroid spotters will keep at it.

“It’s one of the few areas where astronomy can actually have a practical impact on us, on Earth,” he says. “Saving the world, that’s not such a bad idea.”

Gregory Mone, a PopSci assistant editor, is the author of The Wages of Genius. 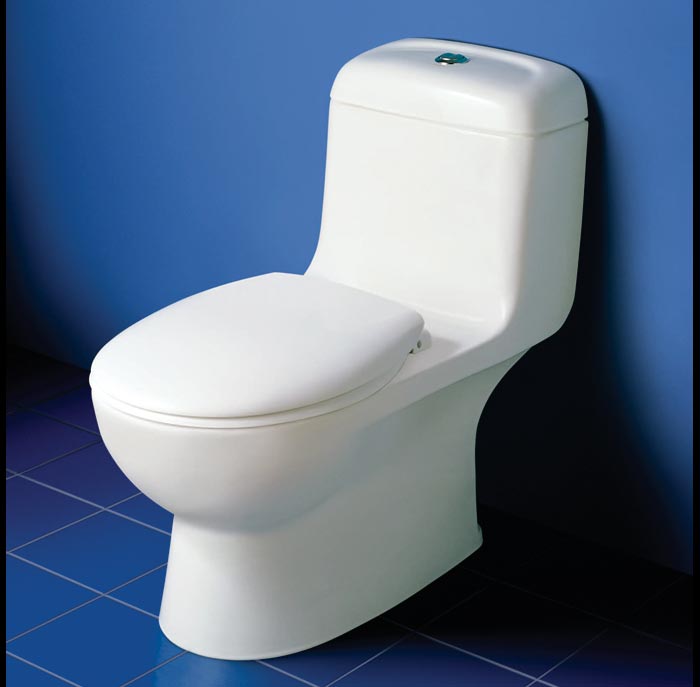 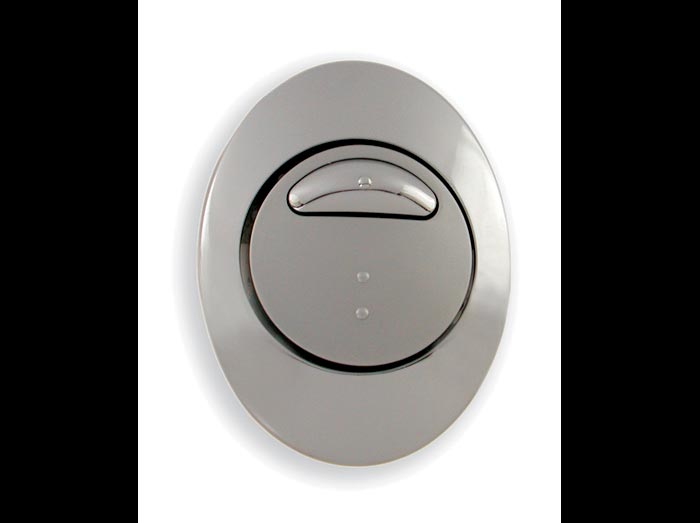