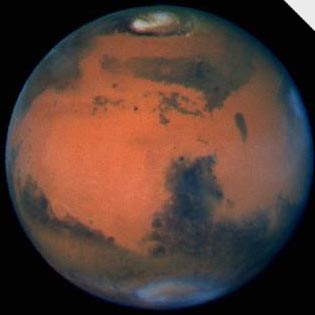 Lengthy confinement and the isolating sensation of being out of eyeshot of Earth could unbalance astronauts’ mental stability, psychologists say, making them morose and combative. In the enclosure of a Mars capsule, feuds, suicide, even murder could play out, endangering all aboard.

To estimate levels of psychological stress on a Mars mission, Russian space scientists plan next year to lock six cosmonauts in a 4,500-square-foot imitation spacecraft for 500 days, with limited amounts of water, food and oxygen. If the space module has to be opened early–for example, if a crew member has to be evacuated because of behavioral problems–“it would be considered a defeat, as if that person had died,” Dmitry Malashenkov, a scientist at the Institute for Biomedical Problems in Moscow, told Agence France-Presse.

Other researchers are looking for ways to detect and treat psychological symptoms before they become too serious. Scientists with the NASA-funded National Space Biomedical Research Institute–a consortium of 12 institutions–are studying two types of physiological responses thought to be early indicators of stress: changes in facial expressions and in voice-onset time (the interval between when speech muscles contract and when sounds emerge).

They plan to devise unobtrusive monitoring systems that could be placed throughout a spacecraft. These systems would track astronauts as they went about their daily activities and alert them–or the ship’s doctor–to subtle but telltale changes in facial expression or speech.

David Dinges, director of the Experimental Psychiatry Unit at the University of Pennsylvania School of Medicine, is heading the facial-recognition study. Dinges’ team puts subjects through a series of increasingly difficult and nerve-racking brainteasers, giving them harsh feedback when they fail. As the subjects’ stress levels rise–as measured by their cardiovascular and other physiological responses–video cameras record their faces. Computer scientists then create a mathematical “mask”–a digital face–from the video images. The mask highlights minute distortions in a face’s normal matrix and produces searchable numerical patterns to represent them. Next, Dinges’ team plans to develop databases of facial expressions of people experiencing depression, inappropriate anger and other psychological disturbances. “We don’t care so much about a specific emotion expressed in the face as much as detecting which tiny facial movements healthy individuals make when they’re under a particularly difficult stress load,” says Dinges.

By 2008, it may be possible to test a system like Dinges’ in an all-in-one simulation facility to be built at Johnson Space Center. NASA earmarked an initial $2 million this year for the Integrated Human Exploration Mission Simulation Facility, which will include a transit module, a surface habitation structure and a landing vehicle for the descent to Mars. Groups of astronauts will be confined there for months at a time to simulate a Mars journey in ultra-realistic detail, including delays of up to 20 minutes when astronauts communicate with Mission Control.