The flying limousines of the future, as envisioned by student designers.

Aviation experts are brewing an aggressive plan to create a new generation of small planes that would be guided by a computerized flight control network and provide inexpensive air taxi service among the nation’s more than 5,000 rural and suburban airports. These planes would have to be cheaper, possess simpler avionics, and fly faster than comparable aircraft available today. Eager to jump-start these revolutionary designs, NASA’s Langley Research Center held a student competition. Shown here are the first- and second-place winners in the Technology Innovation category. Each design was accompanied by detailed aerodynamic, propulsion, stress factor, and structural studies, and a cost-benefit analysis.

Students in the University of Virginia’s engineering department chose an unusual blended-wing body design for their jet. The four-seater would employ two new, lightweight Williams EJ-22 turbofans to reach a top cruise speed of 529 mph. It would have a range of more than 2,000 miles and computerized avionics for automated flight. The price tag: an estimated $1.35 million.

In blended-wing bodies, otherwise known as flying wings, the fuselage and wing function aerodynamically as a single unit. As a result, the planes weigh less, produce lower drag at cruise speeds, and consume less fuel. But a flying wing is inherently less stable: Matt Daniell, 21, a leader of the Alaris project, says it’s the equivalent of “an arrow without its feathers.” That’s why this type of plane has never been used in general aviation, and only rarely elsewhere (the stealth B-2 bomber is the best-known real example, though Boeing is now experimenting with a flying-wing design for a future large airliner). To skirt the instability problem, the UVA students employed an onboard computer to facilitate airplane control.

Winglets would also help steady the Alaris. The swept-back wing shape makes it possible to position them toward the rear, where they would function the way vertical stabilizers and rudders do on conventional planes. The already quiet engines would sit above the fuselage to reduce noise-a key factor if small-plane aviation is to develop the way NASA wants it to.

The Alaris design is not without drawbacks. One judge noted that the plane’s steeply sloped door could make entering and exiting difficult, and that the extra interior volume created by the blended wing wasn’t particularly well employed.

Ikelos, named for the Greek god of dreams, is the product of a joint effort by students at Virginia Tech and Loughborough University in Leicestershire, England. It’s a box-winged, ducted-fan-powered aircraft that would be capable of extremely short takeoffs and landings. With an estimated 575-mile range and a top cruising speed of 161 mph, Ikelos is not as muscular as the jet-powered Alaris, but its wing design-a swept-back front wing joined with vertical winglets to a high rear wing, which connects to the rear fin-could enable dramatically steep ascents and descents from very short runways.

The box-wing configuration provides the effect of a wider-spanned aircraft in three-quarters the width, generating better lift and lower drag than an ordinary wing of the same span. “This allows a ground run of only 150 feet on both takeoffs and landings-but it also requires a steep approach angle on landing that would necessitate special training for pilots,” says faculty advisor James Marchman III, a professor of aerospace and ocean engineering at Virginia Tech.

Ikelos’ engine is called Rand Cam; it’s a diesel rotary engine with no pistons, valves, or spark plugs. Currently under development by Reg Technologies in Richmond, British Columbia, it’s expected to be a lightweight and fuel-efficient alternative to traditional general aviation reciprocating engines. It would power two rear-mounted ducted fans, which generate higher thrust values per horsepower than propellers and are also quieter. The student design team estimates that Ikelos would cost about $200,000. Though the plane wouldn’t function well as an air taxi because it seats just two people, its short takeoff and landing capability would make it appealing to recreational pilots by providing them access to a greater number of airports. Still, judges carped that the plane is too hard to board (entering it requires climbing onto the wing and stepping over a high entranceway) and that the choice of the Rand Cam engine was “premature,” given its conceptual status. 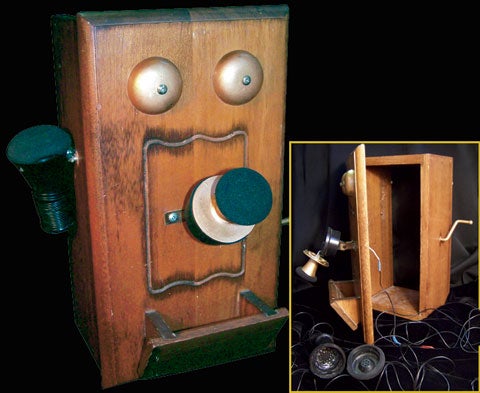 Nick McGill salvaged this case from a secondhand shop and reengineered it to plug into a PC and make calls over the Internet. He whittled down parts from a computer headset and hot-glued them into the mouthpiece and earpieces. The microphone wires had to be cut, soldered, and heat-shrunk back together. Details at: instructables.com 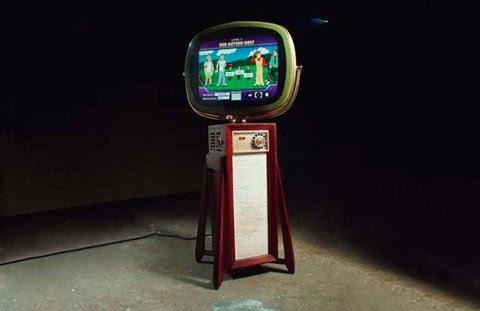 Onomy Labs modded this iconic Philco Predicta “Continental” TV to house a computer with a 1,600-by-1,200-pixel LCD screen, as well as an iSight web-cam. The original speaker and volume knob still work, and the channel knob can be used as a controller for teleconferencing and other applications. Details at: onomy.com 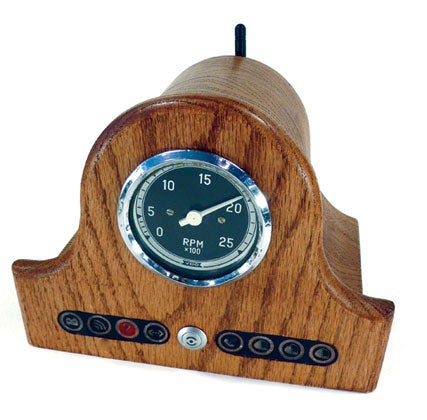 Pauric O’Callaghan (pauric.net) wired a small router to an old rpm counter from a motorboat and engineered the device to display the amount of traffic between his home network and the Internet on its elegant analog gauge. The finished product is truly a work of high-tech art. Back in March, O’Callaghan’s wireless router won the grand prize (a Canon DSLR camera) in PopSci’s “Use It Again” contest–held with DIY site instructables.com–which challenged readers to transform their old tech equipment into something new. Show off your projects anytime by posting them to the PopSci group at instructables.com, and check popsci.com regularly for future contests.
air taxi service
b 2 bomber
langley research center
Technology