Satellites Get a Bigger Boost

A new generation of rockets that carry satellites into orbit 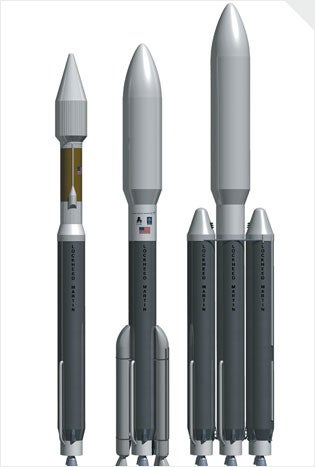 BOOSTER BOOM Each rocket can use extra boosters. From left, naked Atlas 5, with solid rocket boosters, and the heavy-lift configuration.

As satellites grow bigger and more powerful, so must the rockets that carry them into orbit. A new generation is emerging-not only are they more muscular, but they’re also efficient and environmentally friendly. In the battle for the world’s launchpads, here’s how the contenders stack up.