NASA Administrator Daniel S. Goldin resigned at the end of 2001. His successor brings a new tone to the agency. 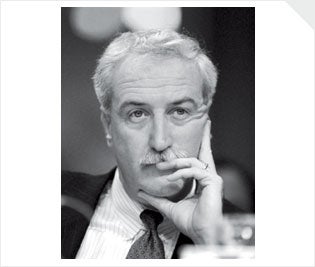 BACKGROUND: Before taking the helm at NASA in April 1992, Goldin, 61, spent 25 years at the TRW Space and Technology Group, where he led defense projects and managed production of advanced communication spacecraft and space technologies.

PRO: He wasn’t afraid to speak his mind.

CON: Everyone around him was.

IN HIS WORDS: “NASA is one of the most open agencies because everyone is a rocket scientist in America and everyone loves what we do. That is why we get more attention. It is not that they are against us, they love us more.”

BACKGROUND: O’Keefe, 46, came to NASA in January from the federal Office
of Management
and Budget, where he had been deputy director since
March 2001.

MANTRA: Get back to basics.

PRO: If anyone can balance NASA’s books, he can.

CON: He’s a budgeteer, not
a rocketeer.

IN HIS WORDS: “All of the building blocks for a comprehensive and aggressive strategy of reform for NASA are now being placed. If we build this foundation correctly . . . there should be a significant reduction in the amount of resources needed to carry out what is currently on NASA’s plate.”