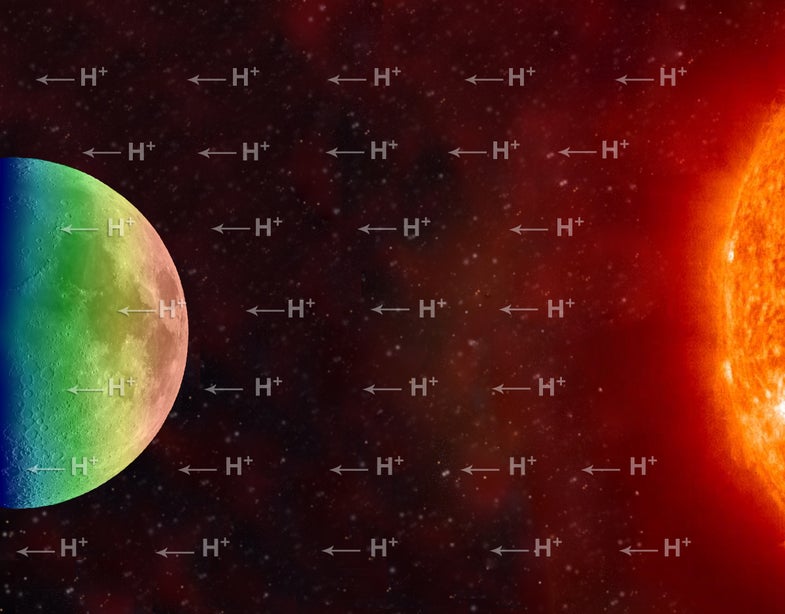 Although science news is often muddied by qualifiers, the news today is clear. After decades of believing that the moon was a dry, dusty wasteland, we now know that there is water on the moon’s surface. This discovery means that colonizing the moon could be a bit easier, since water could be used to produce oxygen and fuel, not to mention a delicious glass of refreshment.

Three separate papers based on different spacecraft missions present evidence of water on the surface of the moon. One mission found evidence for water itself; the others spotted the hydroxyl (O-H) bond, which is a bond found in water (H2O). The papers were published online today by the journal Science.

“These new observations . . . prompt a critical reexamination of the notion that the Moon is dry. It is not,” says University of Hawaii planetary scientist Paul G. Lucey in an accompanying commentary.

For a long time, scientists had viewed any traces of water found on moon rocks as mere contamination. Then, there was some data suggesting water deep within the center of the moon, but nothing convincing from the surface.

Although the measurements published today suggest that the most of the moon is still quite dry (only about a quart of water in a ton of soil), one of the papers determined that the water is more concentrated at the colder lunar poles, where it could get trapped as ice. There, future moon settlers might find water in sufficient quantities to power fuel cells.

Some think that the water might be from hydrogen spit out by the sun reacting with minerals on the moon. Scientists might find more clues early next month when NASA’s LCROSS mission will crash a satellite into one of the poles to jostle up some moon dust for inspection.