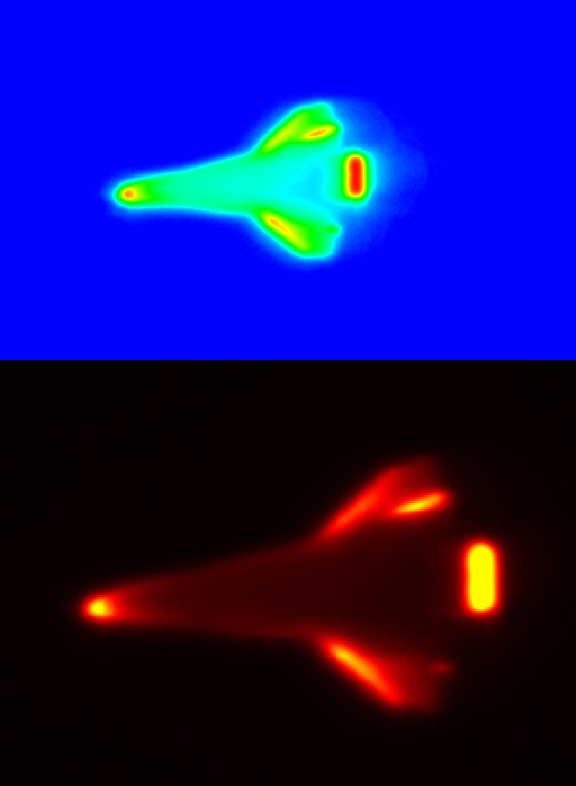 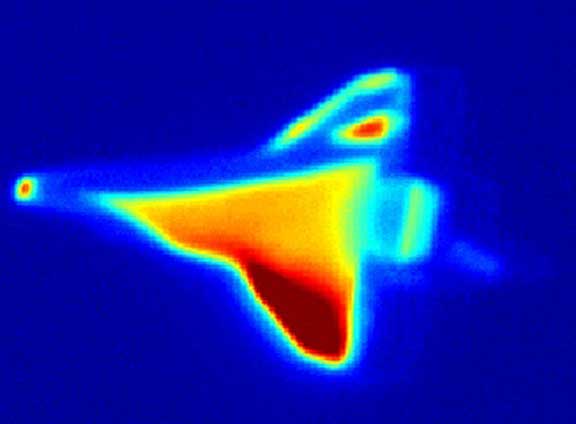 Seeing the toastier side of a space shuttle landing

NASA has wanted to get a better look at its space shuttle landings ever since the tragic disintegration of space shuttle Columbia in 2003. Part of the space agency’s solution: a modified Navy aircraft that can take 10,000 to 15,000 images of space shuttles traveling at a few miles per second.

Space shuttles have about 10,000 thermal tiles that protect their underbelly and wings during the white-hot descent from orbit. A protective layer of air molecules forms around the shuttle with temperatures up to 3,000 degrees F — still mild compared to temperatures of more than 9,900 degrees F beyond the boundary layer.

The Navy P-3 Orion aircraft uses a system called Cast Glance that’s normally deployed for missile defense missions. NASA added an off-the-shelf camera with an infrared light filter, and calibrated Cast Glance optical sensors so that scientists could gauge surface temperatures on the shuttle. All the action gets captured from a standoff distance of nearly 19 miles away.

Researchers working on the Hypersonic Thermodynamic InfraRed Measurements (HYTHIRM) project have imaged three shuttle flights so far, including the latest pictures from the landing of the space shuttle Discovery. They hope to collect more diagnostic data from the six remaining shuttle flights scheduled for now. 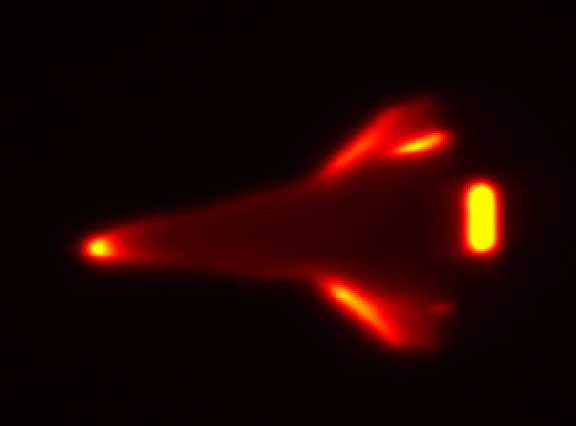