Armadillo Aerospace may claim a $1 million prize for completing a mock lunar landing, if no other competitors step up 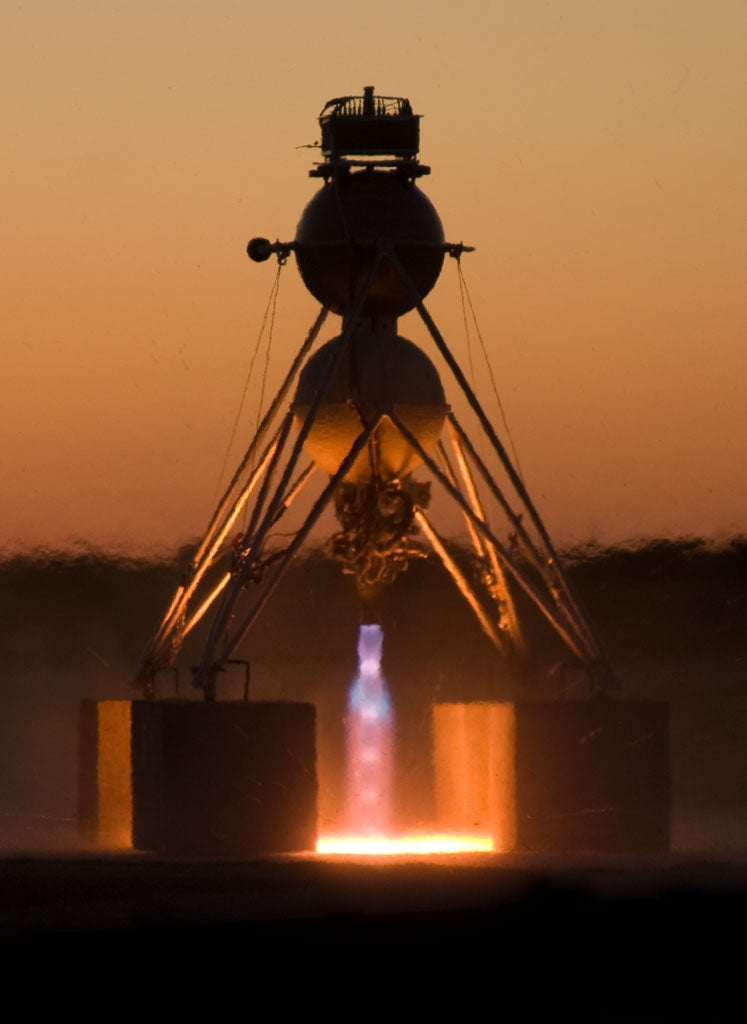 A future trip to the moon could use a commercial vehicle, if Armadillo Aerospace has anything to say about it. The company’s rocket-powered craft pulled off a mock lunar landing on Saturday to qualify for a $1 million purse from NASA’s Northrop Grumman Lunar Lander Challenge.

The vehicle rose 164 feet into the air and flew 164 feet away to land on a rocky surface, before returning to the starting spot for a round trip flight time of 180 seconds. That accomplishment made Armadillo the first team to complete Level 2 requirements of the Lunar Lander Challenge, where the minimum flight time simulates a trip from lunar orbit down to the moon.

Armadillo previously won $350,000 for completing Level 1 last October, which involved a flight time of just 90 seconds. The team will also claim the $1 million prize if two other teams don’t succeed in their flight attempts before October 31.

But Armadillo has already begun considering modifications to make its Scorpius vehicle capable of traveling all the way up to space, according to SPACE.com. John Carmack, head of Armadillo Aerospace, said that the vehicle already has the capability to reach an altitude of 6,000 feet from Armadillo’s home base at Caddo Mills Airport in Texas.

This signifies yet another step toward the commercialization of space, even as NASA struggles to find funding for its return trip to the moon.

Armadillo has also taken part in aerospace ventures closer to Earth, such as providing engines for the Rocket Racing League. But its latest accomplishment should provide an extra adrenaline boost to lunar lander competitors hoping to pull off the same trick by Halloween.