A 100-ton antenna has arrived at a plateau in the Chilean Andes as the first piece of the world’s largest... 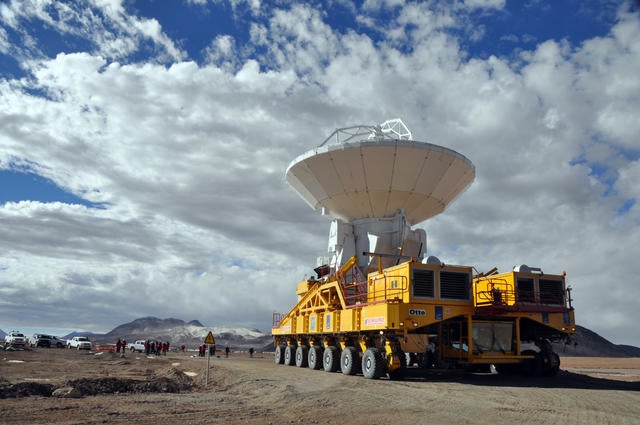 A 100-ton antenna has arrived at a plateau in the Chilean Andes as the first piece of the world’s largest astronomical observatory. The ALMA (Atacama Large Millimeter/submillimeter Array) is designed to observe light with millimeter and submillimeter wavelengths — between infrared light and radio waves – and help astronomers see light from some of the coldest and most distant objects at the edge of the observable universe.

The antenna’s trek took place atop a Jawa-like crawler vehicle which navigated a winding road up to the 3-mile high plateau of Chajnantor. Two more antennas are slated to join the first ALMA antenna and link up by early 2010 to begin observations by 2011. But first they musts also make the journey through a bone-dry desert environment that suggests a scene on Tatooine. 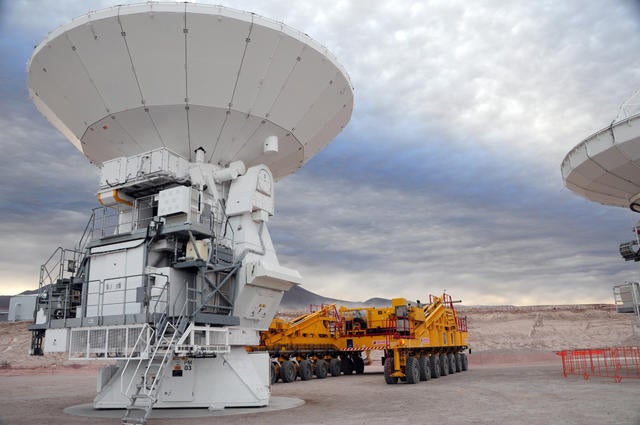 The world’s largest observatory begins to come together with the delivery of a first antenna to a plateau high in the Chilean Andes. The trip begins from the ALMA Operations Support Facility at a 2900-meter altitude, where engineers have assembled the three main antennas. 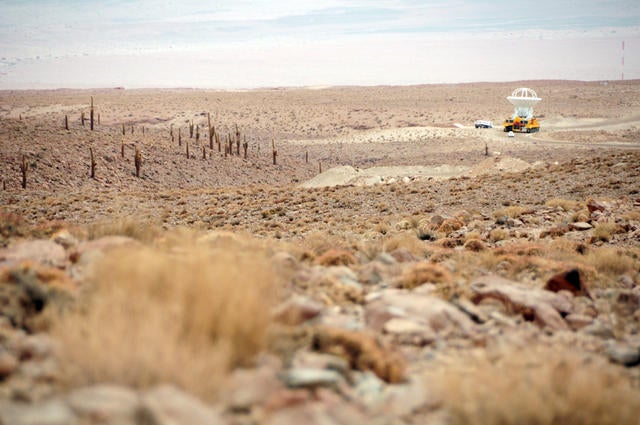 One of two ALMA transporters sets out after lifting the antenna onto its back, and begins the journey of just over 17 miles (28 km) up to the Array Operations Site. 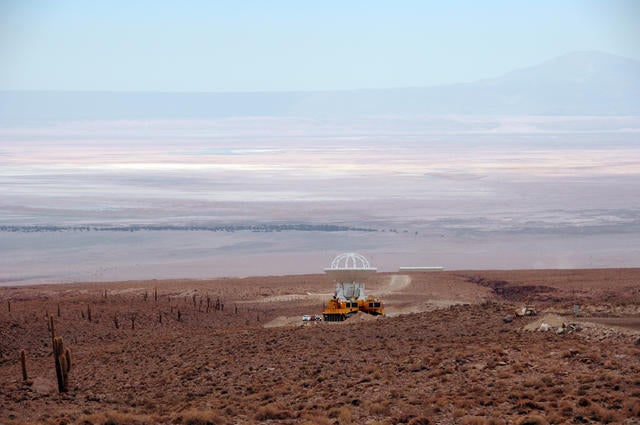 The ALMA transporter can manage speeds of almost 7.5 mph, but took the first antenna journey much more slowly to ensure that everything arrived in one piece. Besides, the slower-paced trip over seven hours allowed for longer appreciation of the Tatooine-like desert scenes. 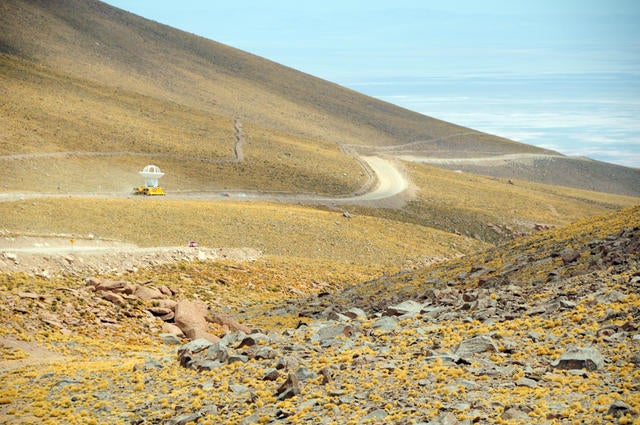 ALMA’s high location provides extremely dry and rarefied air that is ideal for making observations of the universe — but also requires a titanic effort to haul everything into place. 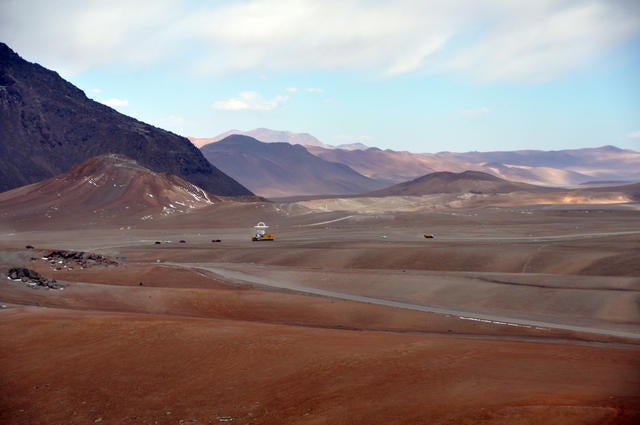 ALMA antennas are designed to survive the harsh conditions high in the Andes, including strong winds and temperatures that fluctuate between -4 degrees F and 68 degrees F. 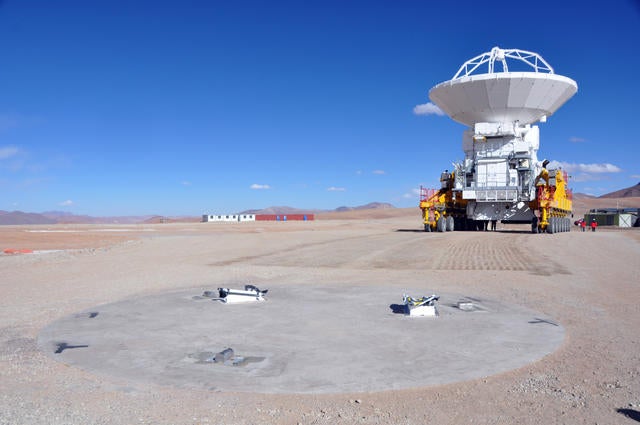 The first ALMA antenna arrives at its installation spot at the plateau of Chajnantor. From here, its precision would allow it to pick out a golf ball at a distance of over 9 miles — a must for probing signals from the edge of the universe. 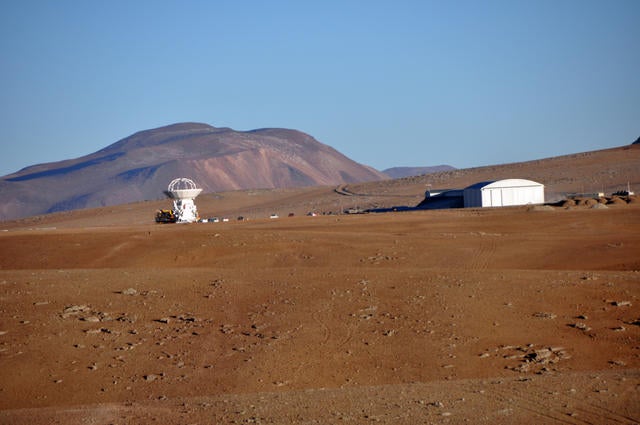 The first antenna will eventually join up with two more by early 2010, and is slated to begin observations by 2011. Astronomers hope to spot some of the coldest and most distant objects in the universe using light at millimeter and submillimeter wavelengths. 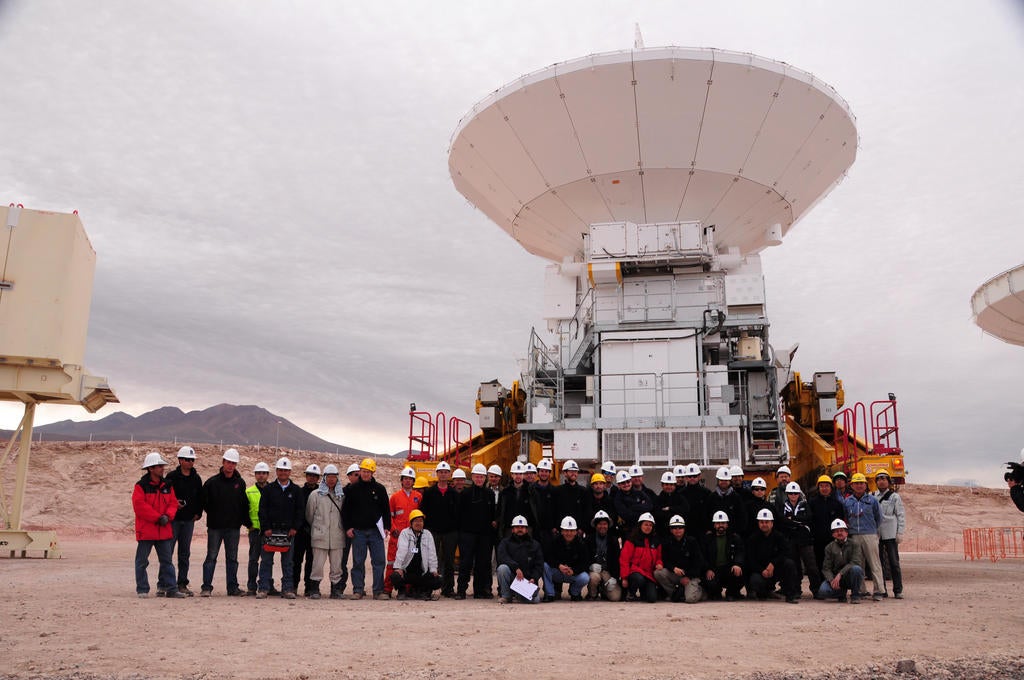 The ALMA crew poses in front of their handiwork. 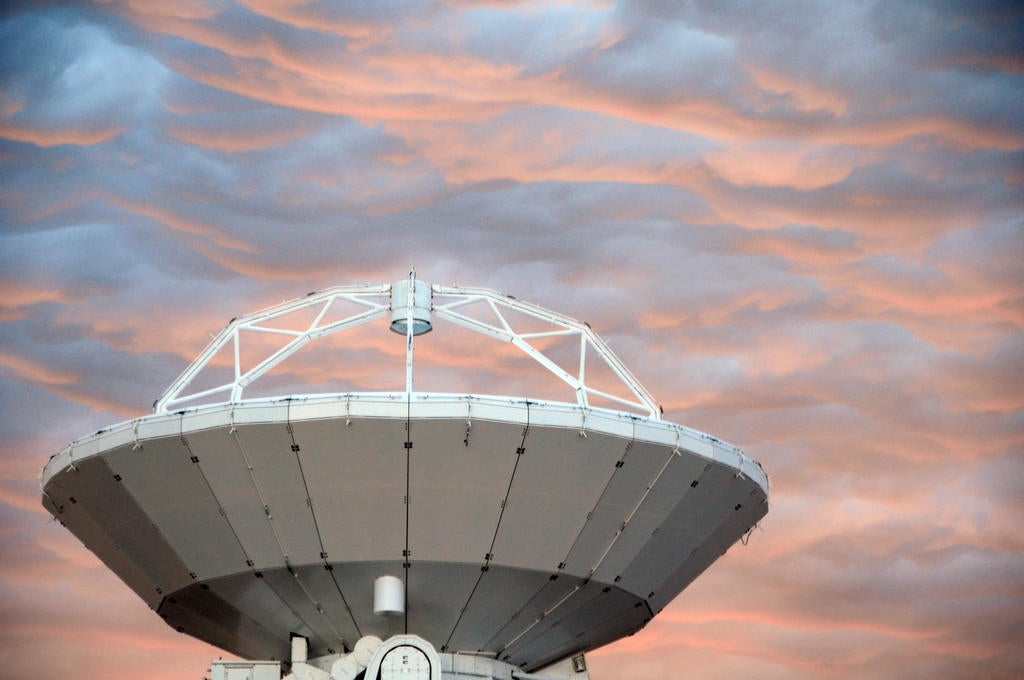