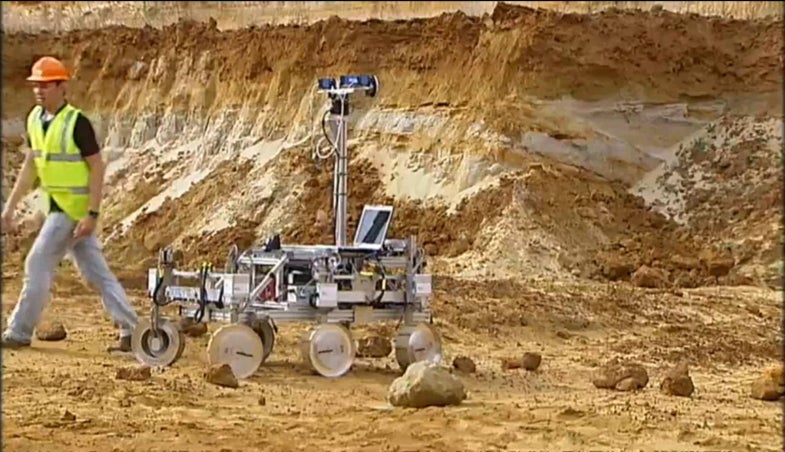 Any Mars rover worth its wheels must prove itself capable of navigating safely on Earth, never mind millions of miles away on the red planet. British scientists took a prototype of Europe’s ExoMars rover out for a spin around a quarry in Southern England last week.

The rover design by EADS Astrium has two front-mounted navigation cameras and four cameras at each corner to avoid close scrapes. A pair of scientific cameras also provides stereoscopic vision and depth perception, and lends the rover a bit of a WALL-E or Short Circuit appearance. Check out the robot’s wanderings below: