As if space isn't cool enough already. Why can't they augment our mundane Earth reality first? 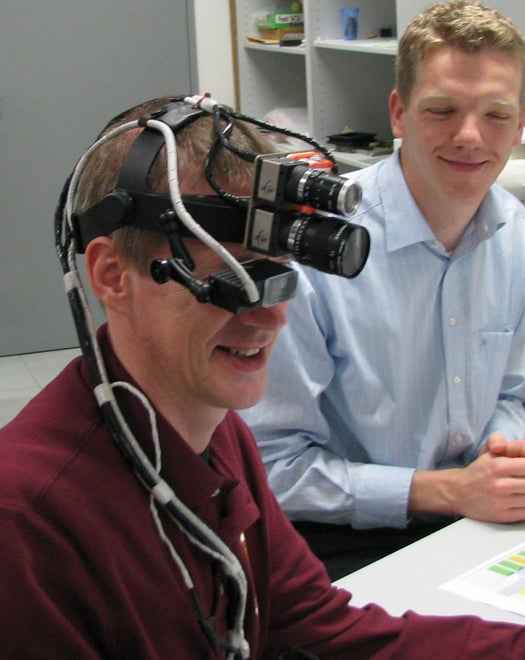 The movies make space flight seem easy. A simple flip of the joystick or twist of the knob and any asteroid or space creature is done for. Sadly, the reality of space flight involves the constant monitoring of, and fiddling with, a near-endless set of dials, switches and buttons. In fact, so much of modern space craft are packed with gear and doodads that even astronauts have trouble keeping everything straight.

So, to help astronauts see past the clutter, and to reduce the number of different readouts and dials distracting the astronauts, the European Space Agency (ESA) has created an augmented reality system specifically for the International Space Station (ISS).

Called “Wearable Augmented Reality” (WEAR), the augmented reality system overlays the names, purposes, and instructions for items in the ISS. Hands-free and voice-activated, WEAR projects the instructions for any given task right onto their real-life objects, greatly simplifying an astronaut’s job.

The system works by cataloguing all the viewing angles in the spacecraft. A camera on the top of the device records what the astronaut looks at, and then matches that view to the 3-D map of the space shuttle. Once the system is oriented, it projects relevant information into the piece through which the astronaut looks.

The WEAR system has already debuted on the International Space Station, and during a test run of the system an astronaut succeeded in replacing an air filter with guidance from WEAR. The test was so successful that the ESA has begun developing a civilian model for use by firefighters.