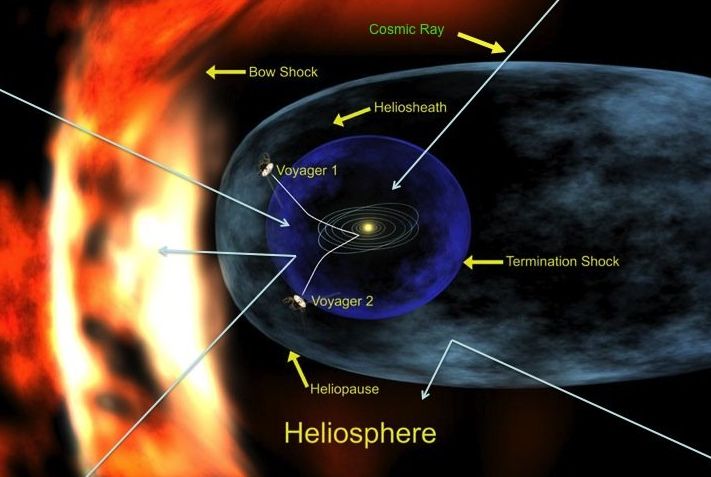 Grab those tin foil hats, because NASA says that galactic cosmic rays have reached a record high for the space age.

A NASA probe found that cosmic ray intensities in 2009 had increased by almost 20 percent beyond anything seen in the past 50 years. Such cosmic rays arise from distant supernova explosions and consist mostly of protons and heavier subatomic particles — just one cosmic ray could disable unlucky satellites or threaten astronauts in space.

The recent bump in cosmic rays coincides with a lull in solar activity. Our sun’s magnetic field serves as a first line of defense against cosmic rays, because the heliosphere wraps the entire solar system in a magnetic bubble that deflects many of the energetic particle intruders.

“We’re experiencing the deepest solar minimum in nearly a century, so it is no surprise that cosmic rays are at record levels for the Space Age,” said Dean Pesnell, an astrophysicist at NASA’s Goddard Space Flight Center in Maryland.

Earth also remains protected by its atmosphere if cosmic rays get past sun’s magnetic shield. But future human missions to Mars or beyond will likely have to take the question of radiation shielding even more seriously.

“The space era has so far experienced a time of relatively low cosmic ray activity,” said Richard Mewaldt, a Caltech scientist who works on NASA’s Advanced Composition Explorer spacecraft. “We may now be returning to levels typical of past centuries.”

Mewaldt added that three factors may boost cosmic ray activity up to 30 percent beyond past levels: the sun’s weakened magnetic field, a weakened solar wind that normally keeps the heliosphere inflated, and a flattening heliospheric pattern that allows cosmic rays to penetrate more deeply into our solar system.