In the continuing saga of curious humans sending high-altitude balloons to the edge of space with cameras strapped to them,... 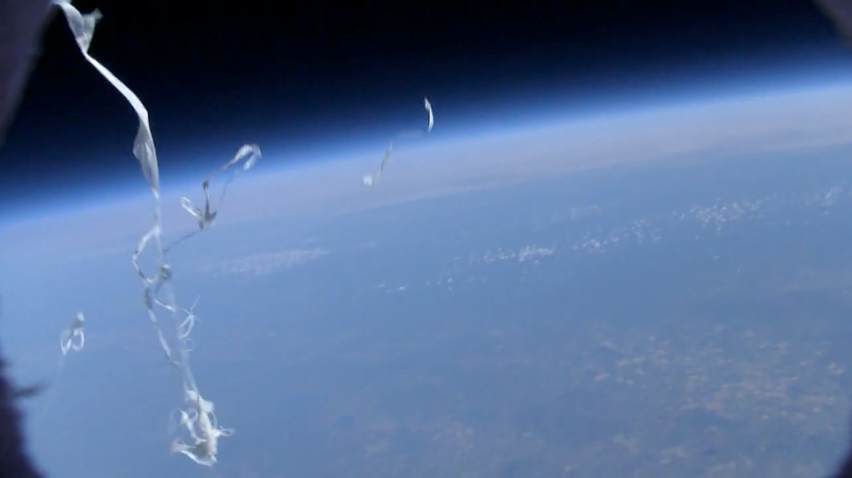 HD Video From the Edge of Space

In the continuing saga of curious humans sending high-altitude balloons to the edge of space with cameras strapped to them, a group hailing from Edmonton have one-upped those thrifty MIT kids and their $150 space photo rig, albeit at greater expense: their Canon Vixia HD camcorder sent up on a hydrogen balloon has captured what is probably the world’s first amateur HD video from near-space.

Before the balloon burst at an altitude of 107,145 feet (sending the camera on a nauseating free-fall), the camera dutifully recorded over four hours of HD footage, with the memory filling up just 53 seconds after the package parachuted to safety.

The craft, BEAR-4 (Balloon Experiments with Amateur Radio) pinged back the team via an APRS transmitter, which enabled them to tracks its GPS coordinates in real time; you can even see their car awaiting its landing toward the end of the video. Great stuff.