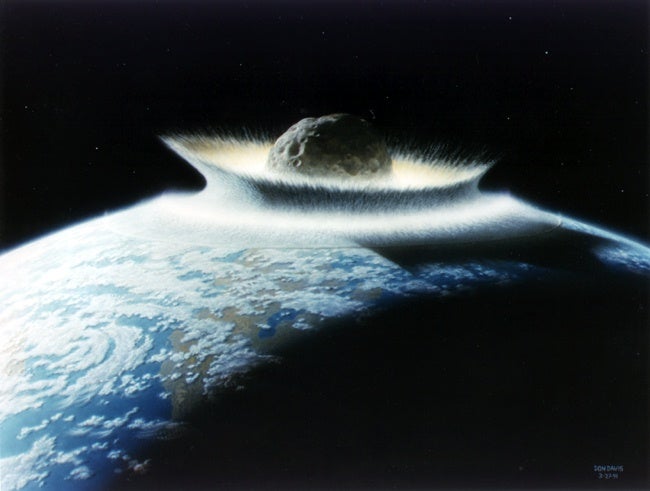 Congress charged NASA with finding 90 percent of nearby space rocks greater than 140 meters (460 ft) by 2020. Now the National Research Council warns that the space agency will fall short of that goal without more funding.

The National Research Council’s interim report points out the familiar situation where the government assigns NASA goals without the necessary funding to carry out its mandate. Even so, NASA has funded more than 97 percent of NEO discoveries over the past decade. Scientists have cobbled together some surveys of possible space-based threats, and also rely on volunteer or amateur efforts from a loose worldwide network of ground-based telescopes and observers.

Some good news comes from NASA having detected and tracked close to 90 percent of near-Earth objects (NEOs) greater than 1 km. But even objects as small as 20 meters (66 ft) could pose regional threats to cities, and there are also other gaping holes in current NEO detection capabilities.

Satellites and space telescopes could continue to play a growing role in detecting asteroids. Future projects such as Germany’s AsteroidFinder or Canada’s suitcase-sized NEOSSat would also help spot space rocks on a possible collision course with Earth.

Better detection would give scientists earlier warning and allows for a wide range of responses that could nudge asteroids out of the way. However, existing space surveys cannot detect “imminent impacts” from objects that would pass close to Earth with short warning times of hours or weeks. Such objects end up being discovered through sheer chance by telescopes or observers conducting other tasks.

Space missions may shed additional light on NEOs by flying out to examine passing space rocks. A NASA panel even recently suggested the possibility of a manned mission to an asteroid.

A final NRC report is due out by the end of 2009. Until then, let’s hope that altruistic band of stargazers keeps watching the skis … I mean, skies.