New Reactor To Make Breathable Air Out of Moon Rocks

One the major differences between visiting the moon and staying on the moon involves resupply. In fact, the prospect of... 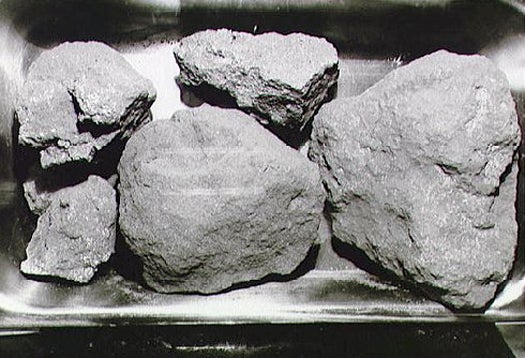 One the major differences between visiting the moon and staying on the moon involves resupply. In fact, the prospect of constantly hauling water and oxygen to the moon is so daunting that NASA offered a million dollars to the first lab that could extract 11 pounds of oxygen from a simulated pile of moon rocks.

Well, it seems like scientists at the University of Cambridge may want to start thinking about how they’re going to spend their million.

Adapting a chemical process they originally created to extract metal, the Cambridge team has designed a reactor that strips the oxygen from the metal oxides found in moon rocks. Essentially a giant electrode sitting in a vat of melted salt, the reactor creates an electric current that chemically breaks the oxygen off of the metal, and frees it into the atmosphere.

According to the scientists, three ten foot tall reactors working on three tons of moon rocks could produce a cubic ton of oxygen over the course of a year. Additionally, the reactor doesn’t require much more electricity than a hot water heater, so it won’t eat up the limited energy of the potential moon base.

Of course, the astronauts could forgo the reactors and just steal the air from from Druidia, but then they’d have to deal with Lonestar.