Charlie Bolden rips off the Spock mask, and the space agency delays its new rocket test until Halloween 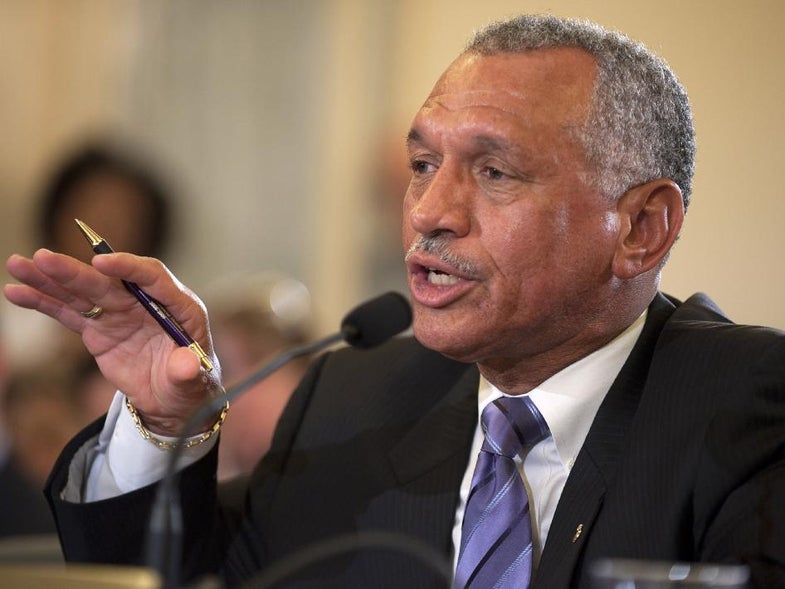 Former NASA administrator Mike Griffin once likened himself to Spock in his rational, emotionally-detached approach. Now Griffin’s replacement, Charles Bolden, seems ready to inject new passion into a space agency that is struggling to reevaluate both long term goals and its vision for space exploration.

The new administrator choked up five times during a speech to agency employees on Tuesday where he pushed back against criticism that President Obama is uncommitted to space exploration, according to the Washington Post. Part of that emotional upwelling came as Bolden described meeting with the Apollo 11 astronauts on the 40th anniversary of the first moon landing.

Space News also quoted Bolden as saying that NASA “cannot continue to survive on the path we are on.”

Such remarks came shortly before NASA announced that it had once again delayed the $360-million test flight for its next-generation Ares I rocket, pushing the date back to Halloween. Florida Today reported that the test, once planned for April, will now take place long after a review committee advises the Obama administration on the future of NASA’s human spaceflight program.

NASA has already begun to consider an alternative plan to Constellation which would make use of existing shuttle parts to return astronauts to the moon.

Bolden may have given some indication of his future plans when he told the Associated Press that he would be disappointed if humans didn’t get to Mars or beyond in his lifetime. Sounds like he and Buzz Aldrin are on the same page.