Testing a Super-Sized Parachute for Mars–Rover

A parachute destined for Mars experiences 81,250 pounds of drag force in the world’s largest wind tunnel at NASA Ames... 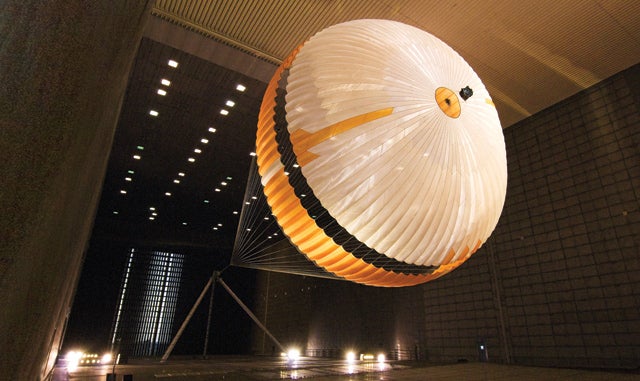 After each of 14 exposures to heavy drag forces, the parachute emerged with no signs of wear.

A parachute destined for Mars experiences 81,250 pounds of drag force in the world’s largest wind tunnel at NASA Ames Research Center. Scientists went on to deploy the parachute 13 more times this past spring before deeming the 51-foot-diameter mammoth fit to land the next Red Planet rover, the Mars Science Laboratory. Cushioning a 2,000-pound rover from a supersonic descent in the thin Martian atmosphere demands special stamina. The chute gets its strength from stronger synthetic fiber, called Technora, in its suspension lines. Now a parachute identical to the one that was tested is packed and ready for the 2011 launch of the MSL mission, which will explore Mars for signs that it could have once supported life. “The parachute’s got a tough job,” says Douglas S. Adams, the MSL parachute senior engineer. “It passed [the tests] with flying colors.” 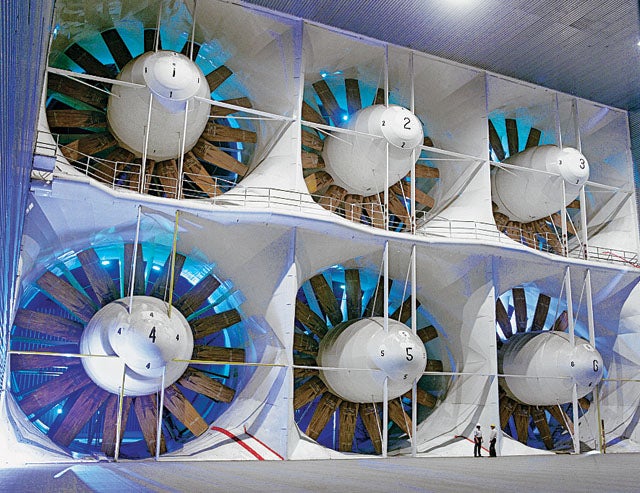