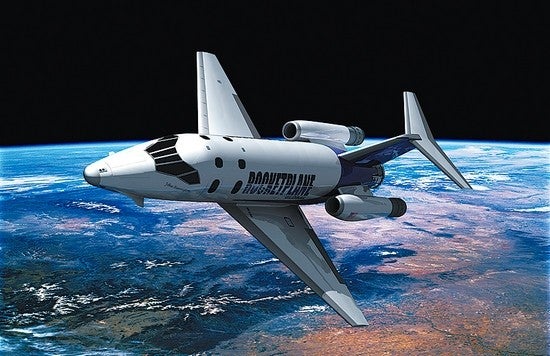 Imagine flying out to Hawaii, with its pristine landscape and postcard perfect beaches, and then taking off again on a suborbital space adventure. State officials are betting on that future vision, by considering spending $500,000 on a federally licensed spaceport, and thereby joining such states as Florida, Oklahoma, and New Mexico in jostling for a piece of space-tourism pie.

The Federal Aviation Administration estimates that space tourism could be a billion-dollar industry in 20 years, and proponents of the idea say that Hawaii can use its existing airports to jump into the market without huge additional expenses. But that has not stopped unhappy island residents from voicing their complaints over such state spending in the middle of a recession.

The Honolulu Advertiser quotes a space policy analyst suggesting that a Hawaiian space tourism site might appeal more to travelers than flying out from a state such as New Mexico. One private space tourism outfit, Rocketplane Global, has also proposed flying suborbital space flights between Honolulu and Kona International Airport.

Even NASA’s Cape Canaveral launch site in Florida could potentially see some private space tourism action. SpaceX moved its heavy Falcon 9 rocket to the site earlier this year, to prepare for a maiden flight, and eventually to carry official cargo up to the space station. The private space firm, flush from its first successful launch of a commercial payload using the smaller Falcon 1 rocket based out of Kwajalein Atoll, has also suggested it could fly paying passengers in the future.