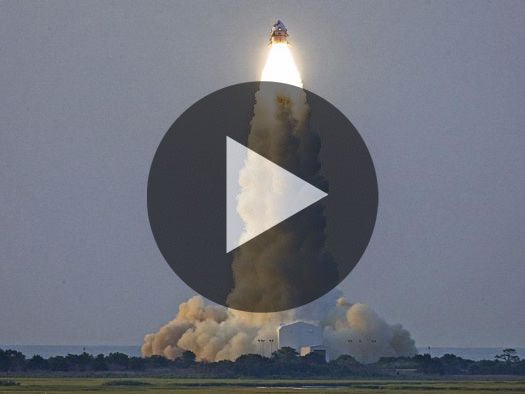 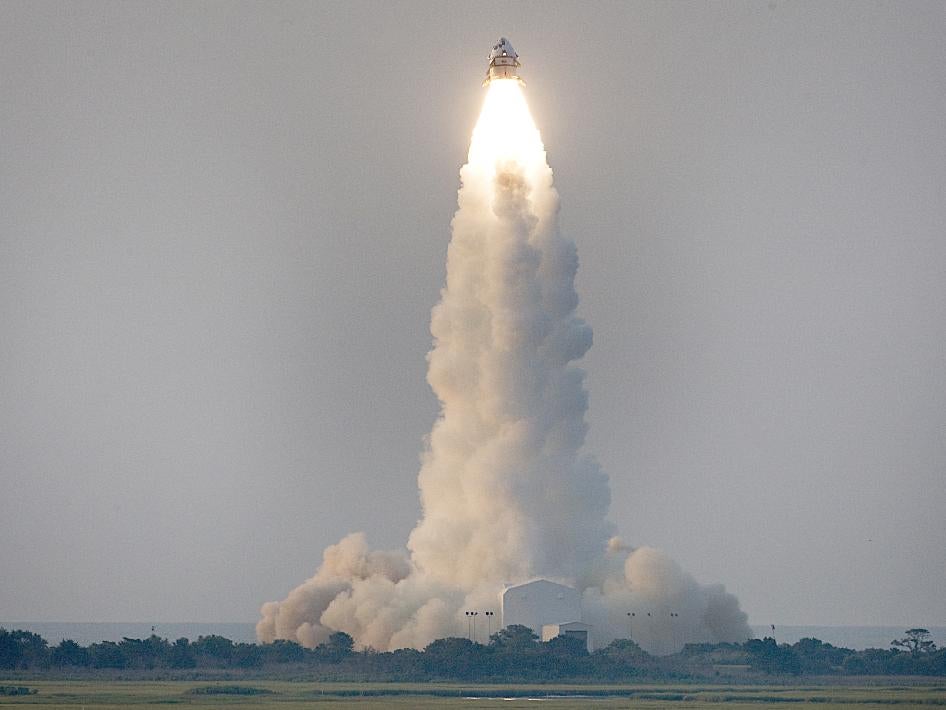 NASA successfully tested a launch abort system that can eject astronauts away from a launch pad disaster. It’s the alternate escape system for the Ares rockets that are slated to launch astronauts to the space station and the moon, assuming that the Constellation program manages to survive the political turmoil surrounding budget overruns and engineering problems.

The Max Launch Abort System (MLAS) has a curious history that supposedly began with a hand-drawn sketch by former NASA administrator Mike Griffin. MLAS eventually lost out to the official Launch Abort System (LAS) for Constellation, but NASA has pressed forward with testing MLAS as an alternate nonetheless.

Today’s morning test involved the bullet-like MLAS climbing a mile up into the sky above Wallops Island, Virginia. Four small rocket motors then fired to eject an empty Orion crew capsule away from theoretical danger, and the capsule eventually parachuted down. This differs in design from the official LAS, which relies on just one rocket motor in a tower positioned above the Orion capsule.

Recent U.S. Air Force studies have questioned if the official LAS can eject astronauts safely away from a theoretical launch explosion, according to a Florida Today story that came out this June. But NASA countered with supercomputer analyses that showed the launch abort system would work.

Uncertainty aside, NASA spokespersons have repeatedly emphasized that MLAS is just a technology demonstration and is not a replacement for Constellation’s launch abort system. They added that the MLAS flight tests provide experience for the NASA Engineering and Safety Center at the space agency’s Langley Research Center in Virgina, where a team of technical experts run assessments of critical, high risk projects.

The $30 million MLAS has its own budget separate from that of the troubled Constellation program, and so it will likely see the completion of any planned future testing. Perhaps its supporters hope that the MLAS design could find a place in NASA’s next-generation spaceflight vehicles, whether the Ares rockets get off the ground or not.