The Flying Car is Doomed, Says The Economist

While we seem to be closer than ever to seeing a flying car in our lifetimes, The Economist seems to... 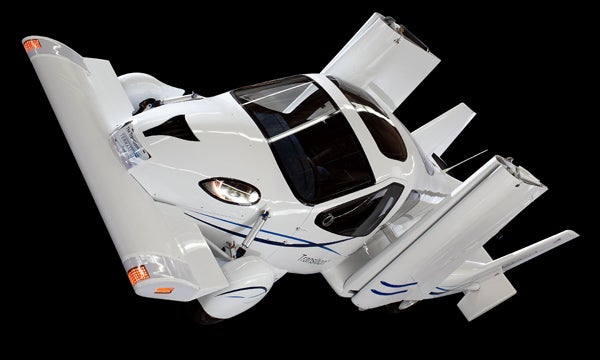 While we seem to be closer than ever to seeing a flying car in our lifetimes, The Economist seems to believe the flying car will die before it was ever really born, but not necessarily for reasons in the air. They think flying cars will have trouble getting road certified.

They point out that while Terrafugia is pretty close to hammering out a functional flying car, it would need to beef up its road crash protection before it would be street legal. But to do that, they would have to make the craft heavier. The trade-off involved here would be less fuel efficiency (reducing flight distance significantly), or reducing the two passenger craft to a one man machine.

Moreover, every such concession made for road safety will detract from its air safety, putting flying cars in a Catch-22 of sorts. Consider also a lack of landing strip space, inadequate air traffic control infrastructure and the potential for major lawsuits, and there’s quite a case against the flying car every truly succeeding. Sniff.

While these are all very real hurdles that will prevent the flying car from going public in the next 10 (or even 20) years, I don’t think any of these necessarily kill an industry which has yet to be born. All of these problems can potentially be solved with advances in tech over time. Especially when there’s a specific problem in need of solving.

So the waiting, (agony!) will continue. But don’t count out the flying car quite yet. The Economist