Hawaii’s cluster of telescopes on the dormant volcano of Mauna Kea will have to make room for a new big... 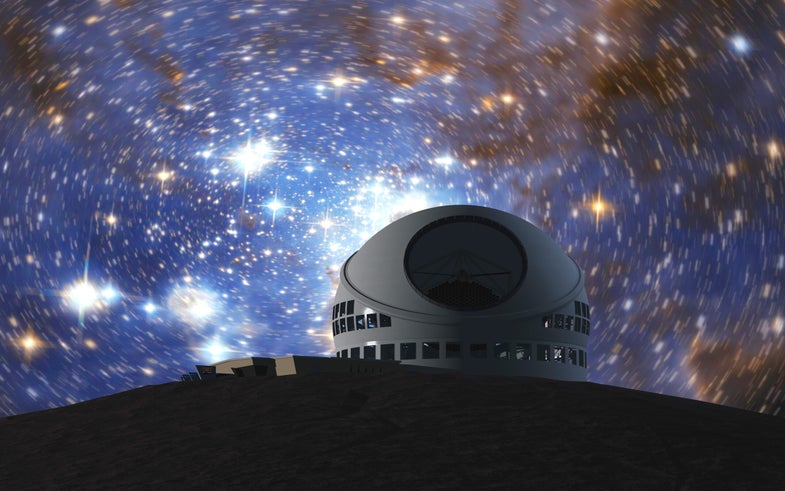 Hawaii’s cluster of telescopes on the dormant volcano of Mauna Kea will have to make room for a new big sibling. The world’s largest optical telescope is designed to have nine times the collecting area of any existing optical telescope, upon its completion in 2018.

The Thirty Meter Telescope will allow astronomers to study light from early stars and galaxies, as well as check out planet formation around nearby stars and test fundamental laws of physics. 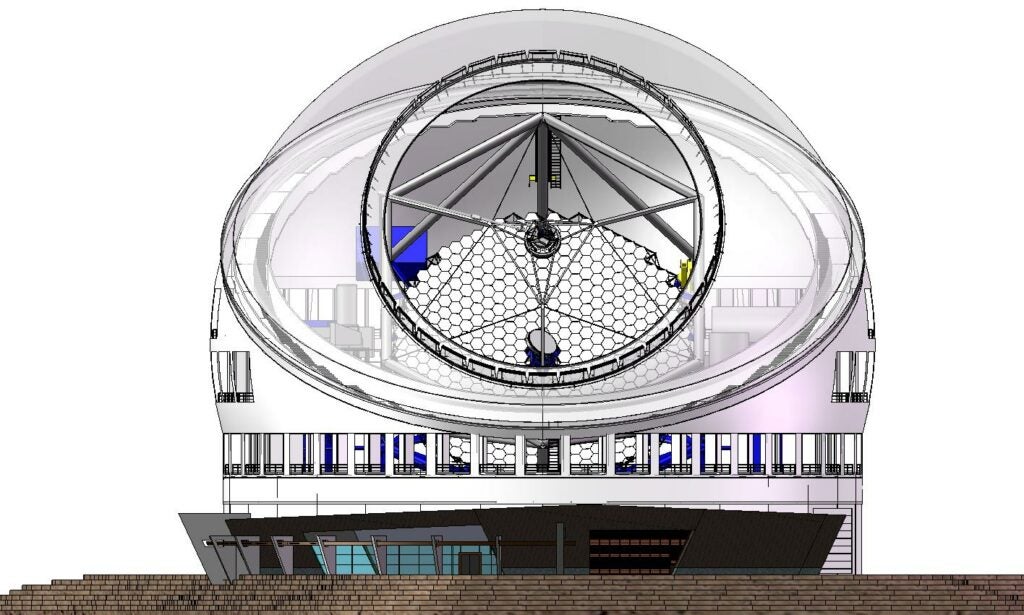 TMT’s technological edge comes from its 30-meter primary mirror, composed of 492 segments. Its light collection area is almost 10 times more than that of the current Keck telescopes sitting on Mauna Kea, or 144 times the collecting area of NASA’s venerable Hubble Space Telescope.

Of course, Hubble has the advantage of a clearer view from Earth orbit, without atmospheric interference. But the new telescope will also make unprecedented use of adaptive optics to correct for atmospheric turbulence in real time, to get a clearer picture than ever before from the ground.

Another site, at Cerro Armazones in Chile, just lost out as an alternative site for TMT. The TMT Observatory Corporation praised both sites, but ended up favoring Mauna Kea.

The $300 million telescope is just now entering the early construction phase. But until that glorious addition for astronomy arrives, check out PopSci’s current favorite stargazers.