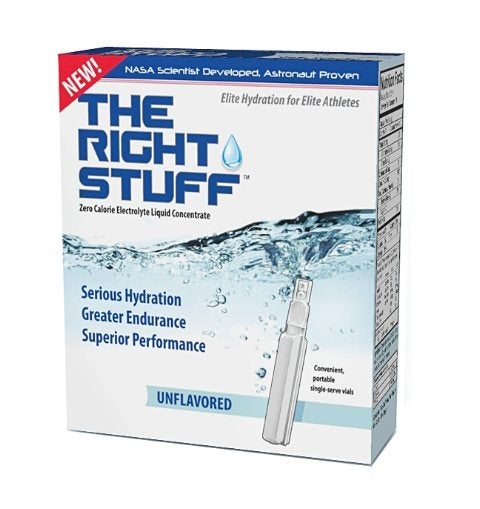 Who do you trust with your thirst mutilating needs, an athlete or a rocket scientist? Well, NASA is hoping that you’re sick of watching basketball players hock sports drinks. Instead, they’re hoping you’ll turn to their new product, The Right Stuff, for all your extreme hydration needs. It’s got what astronauts crave.

We wouldn’t have believed it either except for an official NASA press release on the creation of a drink promising results “under the most extreme conditions.” Delivering “20% more endurance than other sports drinks” (whatever that really means), the product claims to be perfect for the average person suffering from exercise, heat exposure, altitude sickness, microgravity, and even re-entry dehydration. Boasting the optimal isotonic concentration of electrolytes and carbohydrates the drink claims to provide superior performance on the ground, up in the air, and even further out. No need to worry about your intra- and extra-cellular fluid levels after one “single-serve vial” of The Right Stuff. Perhaps drinking enough will help prevent the ravages of space on an astronaut’s body.

Currently, the only flavors are Citrus Blend, Wild Berry, and Tom-Wolfe-white-suit-matching Unflavored. Hopefully this will do better than NASA’s last foray into the drink market with Tang. And if it is so powerful, maybe it can revitalize their space ice cream division by hydrating those crunchy pucks into something edible.