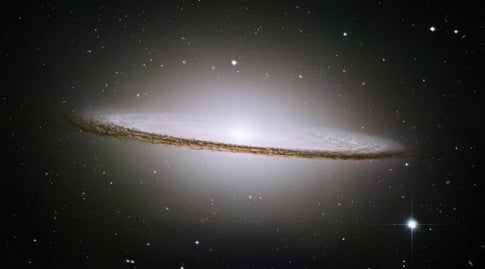 In an attempt to explain why the light emitted from distant galaxies appears dimmer than predicted, some astronomers may have inadvertently provided the first evidence of dark energy.

Dark energy is the theoretical force behind the expansion of time and space. Dark energy has yet to be experimentally observed, despite the fact that it may represent the vast majority of all the material universe.

As first reported by Nature News, the researchers believe that the light dimmed when photons travelling between the galaxies and Earth transformed into a form of dark energy called chameleon field energy. Chameleon field energy was first theorized to exist in 2003, but these observations represent the first direct evidence of the phenomenon in nature.

According Justin Khoury, a physicist at the University of Pennsylvania who proposed the theory of chameleon energy in 2003, chameleon energy emits an attractive force similar to gravity, and got its name because the properties of the force relative to gravity change based on the density of matter in the surrounding area.

However, Khoury, who said that he would be excited about any evidence that proves his theory right, urged caution about overstating the significance of this new discovery.

“The data is tantalizing,” said Khoury, “but it’s too early to tell.”