Shut-ins have a new reason to stay at home 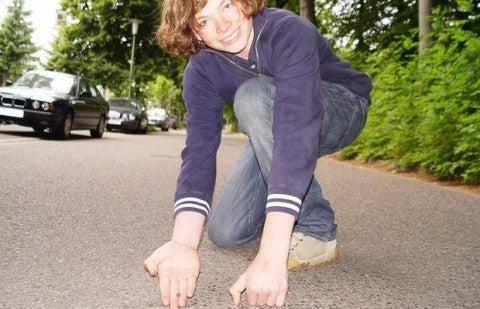 Getting thwacked by a meteorite and surviving seems almost impossible, but don’t tell that to 14-year-old Gerrit Blank. While walking to school in his hometown of Essen, Germany, a “ball of light” seared a 3-inch scar into his hand before hitting the ground.

Apparently, the Walter Hohmann Observatory has performed a battery of tests on the pea-sized rock and have supported the veracity of the account. If you consider how the vast majority of meteorites break up on impact with the atmosphere, and 6 out of 7 of those that survive will splashdown in water, and if this meteorite had hit him anywhere else rather than grazing he’d probably be dead, this story become all that much more incredible.

The somewhat more fishy part of the story is the Telegraph’s reporting of a foot-wide crater caused on impact. Would something that small be able to generate enough force, even at super high speeds, to create such a large crater but skip off a boy’s hand with little more than a scratch?