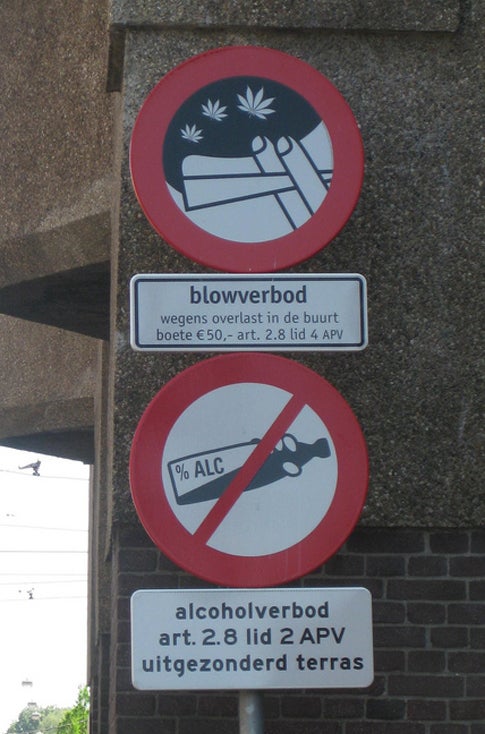 What happened to you, Holland? You used to be cool. As every popped-collar, half-witted frat boy and Bonnaroo-attending, blond dreadlock-wearing neo-hippie moron repeats ad nauseum, you were the country kindest to the kind bud.

Well, apparently Dutch robots aren’t quite so accepting of a little puff now and then.

According to De Telegraaf, the Dutch police have turned to unmanned aerial vehicles (UAVs) to stop the illegal growing of marijuana on Dutch soil.

That’s because, despite what Harold and Kumar might tell you, marijuana is not legal in Holland. In fact, the Dutch spend more per capita on drug enforcement than any other country in the EU except Sweden. The ability to buy, sell, and consume marijuana in coffee shops results from a non-enforcement priority, not legalization. All of which leaves growing the plant rather illegal.

And that’s where the new drug copter comes in. This miniature remote controlled helicopter has an electronic nose on the bottom of the fuselage. The UAV, which can loiter in the air for several hours, uses its chemical-detecting noise to find pot-growing operations, and then uses its on-board camera to help police close in on the growers. So far, the helicopter has been so successful that Dutch police found a pot farm during the very first test flight.

Robots hunting out pot? Dude, the very thought of it just killed my buzz.