The public chooses where the Hubble telescope will point next 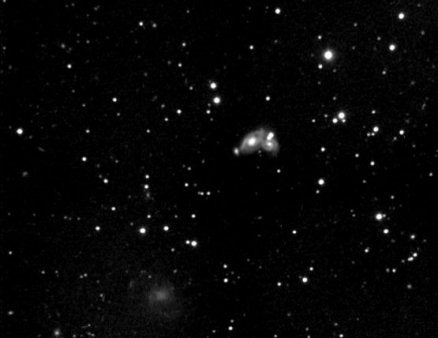 Voting just closed on NASA’s version of American Idol. For the past month, people have been able to vote online for the next research subject for the Hubble Telescope. Now the results are in.

The winner, by an overwhelming majority, is Arp 274: two spiral galaxies that are getting closer and closer to each other. According to NASA, as the galaxies entwine and their gas clouds change shape, many new stars could be born. Hubble will train its view on these canoodling galaxies between April 2nd and 5th, giving researchers a picture that’s many times more detailed than existing images — and giving us some high-quality astro-porn.