Get Outta the Way! 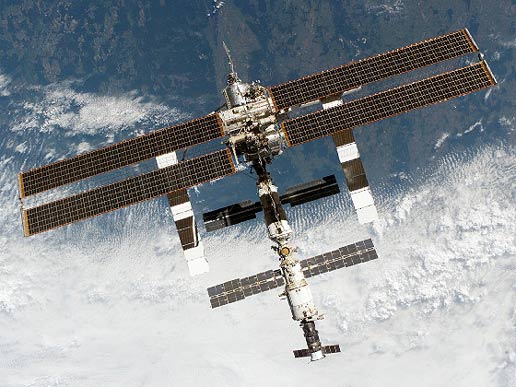 Look out! says NASA. Three crew members evacuated the International Space Station earlier today. What could have caused such action? Garbage. A 13-centimeter-wide piece of space junk was projected to come within 4.5 kilometers of the space station. Not willing to take any risks, NASA told the crew to jump ship.
The crew members: Mike Fincke, Yury Lonchakov and Sandra Magnus took shelter in the Soyuz, a Russian spaceship docked with the space station. In the event of a collision, the Soyuz could bring the crew back home, safe and sound. Normally the station will simply maneuver around such debris, but today there was not enough time, prompting NASA to order the evacuation. The debris, part of an old satellite motor, was not related to February’s satellite crash.
Only six minutes after the crew left the station, NASA gave the all clear signal and ordered the crew to get back to work. All’s well that ends well.