Methane May Point to Life on Mars

Discovery of the gas raises the specter of Martian life 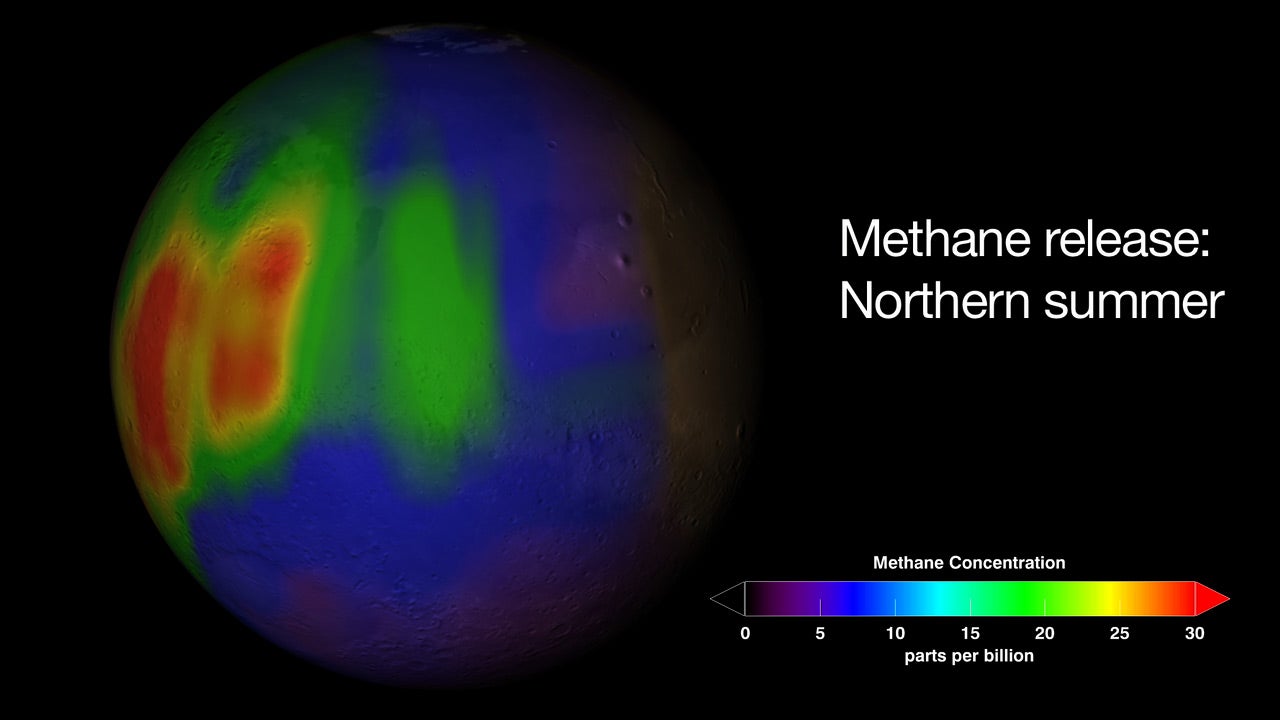 If you roll out of bed and see the headline “Life on Mars,” is it because: a) it’s a hoax, b) NASA got lucky, c) scientific genius won out, or d) it is written in a British tabloid?

The British Sun received a slap on the wrist from the journal Science, but news sites buzzed cautiously over a new NASA study about methane gas detected on Mars in 2003. Methane plumes traced to three specific regions could signal active geological processes—or possibly even gas-emitting microbes, said scientists during yesterday’s press conference.

The methane puffs appears linked to heating that occurred during the northern Martian hemisphere’s summer, SPACE.com explained. Such methane must have marked a recent release, because the gas molecules rapidly fall apart when struck by sunlight’s ultraviolet rays in the Martian atmosphere.

Even methane produced by active geology could prove intriguing, because scientists generally view Mars as a dormant planet. Sushil Atreya, a space scientist from the University of Michigan at Ann Arbor, examined this methane mystery for Scientific American in 2007.

Wired noted the possible impact of these findings on future Mars missions, such as the Mars Science Laboratory (MSL) that has been delayed by two years. One methane hot spot appeared near the Nili Fossae region, which may now get a second look on the list of MSL landing sites.

MSL has the equipment to sniff out traces of methane after landing, if the SUV-size rover does end up near a methane-emitting region. Such close study could prove as scientifically intriguing as the discovery of water ice on Mars by NASA’s Phoenix Mars Lander last summer.

But regardless of any offbeat proposals or serious long-term planning, no humans will likely set foot on the Red Planet until travelers can avoid the problem of deep space radiation. In the meantime, geologists hankering for an up-close-and-personal look will have to bide their time.