Explaining the US Airways Crash

Despite measures taken to prevent a bird strike, little can prevent an engine from being felled by a flock 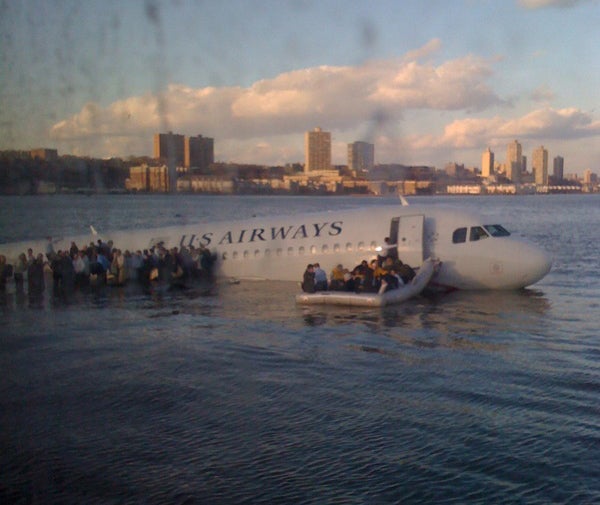 Today US Airways flight 1549 made an unexpected stop: the Hudson River. After a troubled take off around 3:30PM, the Airbus A320 descended into the river on the west side of Manhattan. Local ferry operators immediately began to throw life vests into the water and pick up passengers, with the Coast Guard Cutter Ridley and NYPD arriving shortly there after. All 148 passengers, as well as the 5 crew members, are all alive and accounted for. An FAA report said that a flock of geese likely caused the crash.

One passenger, interviewed on WNBC television, said he saw the left engine blew out, and current reports say both engines went out. The pilot attempted to return the plane to LaGuardia, but the birds damaged the engines too severely. As the plane descended into the icy river, the pilot then guided it into a hard landing on the water. The passengers rapidly evacuated in a fashion described by the interviewed passenger as “kind of orderly.” After waiting on the wings of the plane in the freezing cold while the aircraft sank into the river, police, fire and Coast Guard units rescued the passengers.

This is not the first time a bird strike has caused the crash of an airliner in New York: In 1995 alone, geese brought down two planes. Both were in the process of landing, and would eventually be repaired and returned to service. In fact, the threat of bird strike is such a worry for New York area airports that JFK even employs falcons to clear the airspace of potentially dangerous birds. But with the number of geese on the rise–between 1990 and 2000, the population tripled–prevention can only go so far.

The FAA requires all engines to be tested against bird strike, a process that involves throwing actual birds into running engines. While an engine can often withstand the strike of a single small bird, a flock of large birds like geese are more than enough to bring down even the largest aircraft.

CNN.com is streaming live footage of the crash, for further updates.