On January 7, Continental will test fly a Boeing 737-800 powered by biofuel partially derived from algae and jatropha blended with conventional jet fuel 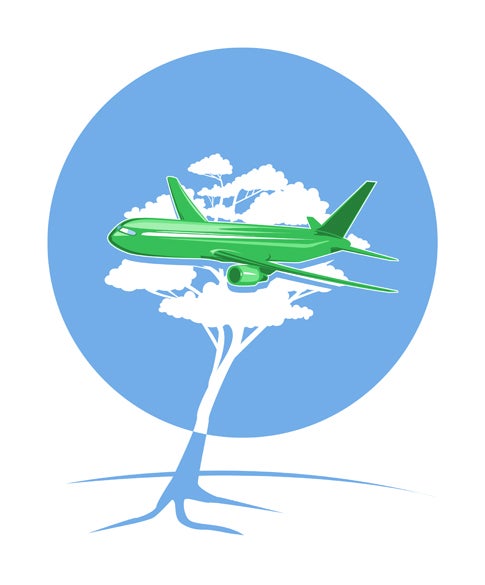 Despite plummeting fuel prices, airlines burned from last year’s off-the-charts costs are increasingly looking to alternative-fuel technology. And come the New Year, the dream of booking yourself the Prius of flights—on a low-emission, biofuel-powered plane—may be a step closer to reality. Virgin Atlantic tested a biofuel-powered plane last February, and within the month both Continental and Air New Zealand are planning their own demonstration flights.

On January 7, Continental will test fly a Boeing 737-800 on biofuel partially derived from algae and jatropha blended with conventional jet fuel. The demonstration flight, in Houston, will be the first of it’s kind tackled by a U.S. airline. Thankfully, only pilots—no passengers—will be aboard the inaugural biofuel flight. The right engine will run on a 50-50 mix of biofuel and jet fuel, while the left engine will run completely on conventional fuel.

Air New Zealand planned to test fly one of its planes on jatropha-based biofuel last week, but postponed the flight until December 30, after one of it’s planes crashed of the coast of France on November 27.

Even better news is that the airlines are using second-generation fuels—meaning they’re made from biomass that is not a food crop (and thus more sustainable). Algae and jatropha, a plant native to Central America, are both gaining popularity in the biofuel market, since cultivating them doesn’t require directly converting virgin land or farmland. Recent research has shown that the full lifecycle of first-generation biofuels, made from food crops such as corn and soybeans, actually increases carbon emissions when land conversion is taken into account.

Regardless of the outcome of the test flights, airstrips probably won’t smell like fry oil any time soon. But at least airlines seem to be heading in the right direction.