How NASA Plans to Fix the Hubble . . . By Tomorrow 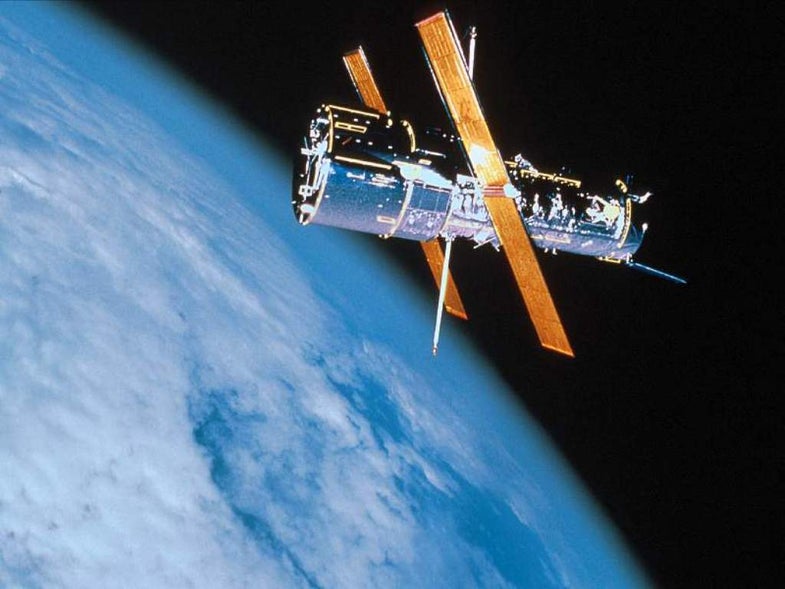 Hubble fanboys take note: NASA is attempting to fix the inoperable space telescope right now. Cross your fingers, because the 18-year old computer code needs a serious reboot.
About two weeks ago, the Hubble stopped working for the most important and the malfunction has now delayed a space shuttle upgrade mission planned for this month, which would have made the orbiting telescope about 90 times more powerful. The delay is costing NASA $10M per month, presumably because plans for a repair mission are now on hold until early next year.

Last night, NASA turned on the Science Instrument Control and Data Handling (SIC&DH) system. They also booted up the Advanced Camera for Surveys (ACS), Wide Field Planetary Camera 2 (WFPC2) and Near Infrared Camera and Multi-Object Spectrometer (NICMOS) instruments. Okay, so far so good. By noon today, all science instruments on the Hubble will hopefully come back online.

Then, according to a report today at NASA.gov, “internal exposures and calibrations of the telescope’s science instruments will occur before midnight Thursday.” By Friday, NASA hopes the telescope will be back online and transmitting the amazing interstellar images once again.

The remote repair involves activating a back-up system installed in 1990 that will reroute data through existing hardware systems. There’s precedence for this back-up activation: NASA has been able to use back-up systems on other satellites that were installed at launch over 10-15 years ago.
The complex upgrade involves working with computer code that was written 18 years ago, re-routing satellite imagery and other science experiments on the Hubble.

You can check the status of the upgrade by visiting the NASA news site, here.