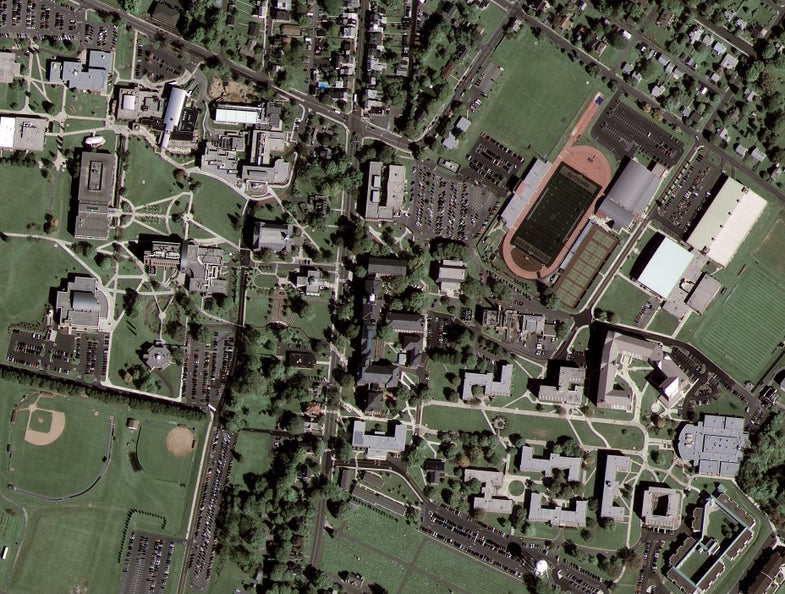 When the newest commercial imaging satellite opened its eye in the sky, this is the first thing it saw: a university campus located midway between Reading and Allentown, Pennsylvania. GeoEye, the Virginia-based company that owns the satellite, released the image on October 8.

Named GeoEye-1, the satellite was launched on September 6 but spent its first month undergoing initial testing. The quality of its pictures may get even better as its owners continue calibrating the onboard camera.

Already GeoEye-1 has keener vision than any other commercial imaging spacecraft. It can make out objects on the ground that are only a half-meter — less than 20 inches — in length.

Technically GeoEye-1 can take even sharper pictures than this first one — down to a ground resolution of 0.41 meters in its black-and-white mode. But because of U.S. licensing restrictions on commercial “spy” photos, customers other than the federal government are only allowed to purchase images that have been blurred to half-meter resolution.