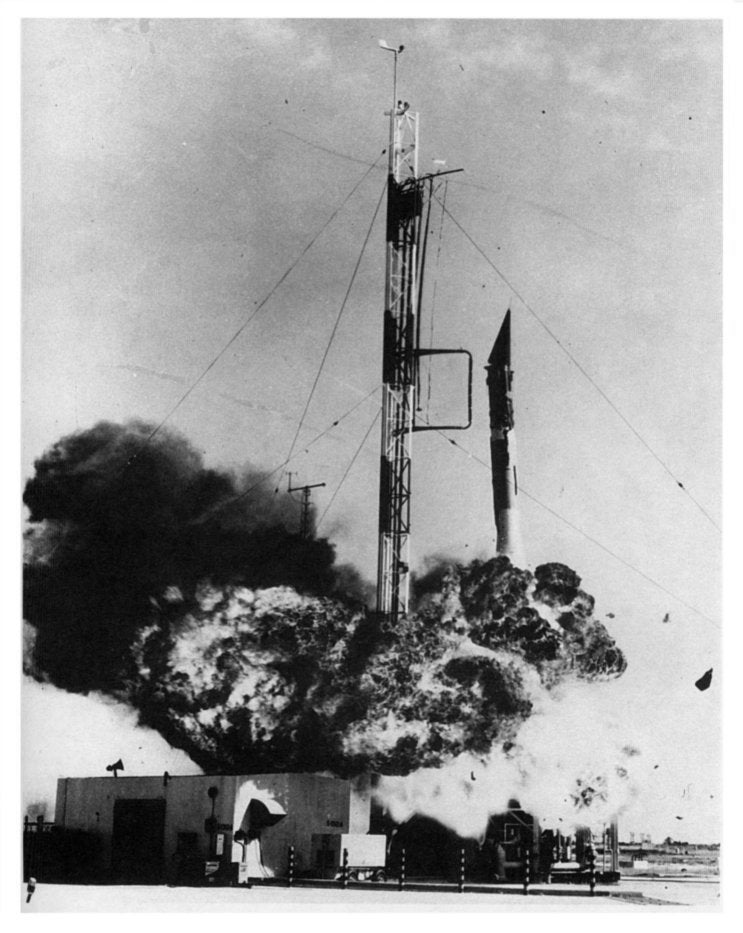 On December 6, 1957, hot on the heels of Sputnik, the United States Navy readied the first American satellite, Vanguard, for launch. The grapefruit-sized device lofted 3 feet from Earth before it exploded. Press and public jeered, dubbing it “Flopnik.” (“The exact cause is classified,” says the crisp narrator in a vintage video [below] of the attempt.) A red-faced U.S. government redoubled their efforts. Within a year and a half, Vanguard’s replacement took the first measurements of Earth’s upper atmosphere and its successor, Vanguard II, the first scan of Earth’s clouds. Meanwhile, NASA, the agency charged with managing this new technology, was born.

Spaceborne observation of the planet has come a long way since Flopnik. Today, 150 Earth-observation satellites are in orbit, capturing more than 10 terabytes of information per day. NASA operates, in whole or in part, about 20 of them. The legacy of NASA’s first assignment has radically altered our concept of the planet. In the view from space, political boundaries dissolve, Earth’s parts become a whole, and

its changes are made visible and real.

Take mapping, for example. The satellite era has led to kinds of maps that were unimaginable beforehand. Their sensors help detect illegal logging and waste dump sites; the locations of landmines and remote volcanic eruptions; even the remains of ancient cities. They track urban sprawl, oil spills, algal blooms, and migrating animals. Satellite data helps predict food shortages in Africa, the spread of infectious diseases, and most profoundly, changes in weather and climate. The meteorological data they capture go far beyond isolated airport stations to feed weather and climate models. Thanks to Flopnik, your town is on weather.com, your grocery store on Google Maps.

Now, fifty years in, where is Earth observation headed? In many ways, the field is following NASA’s lead. One trend is that countries such as India, Brazil and Nigeria are launching their own satellites to look at Earth. These orbiters are relatively small and cheap, largely based on NASA’s successful Landsat model. Furthermore, given the plethora of instruments and the glut of data, satellite information is becoming increasingly “open-source”—freely available to anyone, and user-friendly to boot. The new NASA Earth Observations Web site, or NEO, is one such effort.

Although funding cuts to the U.S.’s Earth-observation programs are jeopardizing their ability to keep pace with environmental change, satellite advances continue to revolutionize our worldview. Earth feels like a much smaller place than it did in 1957.