What Is The Gas Composition Of Middle Earth’s Atmosphere?

The science of the rings 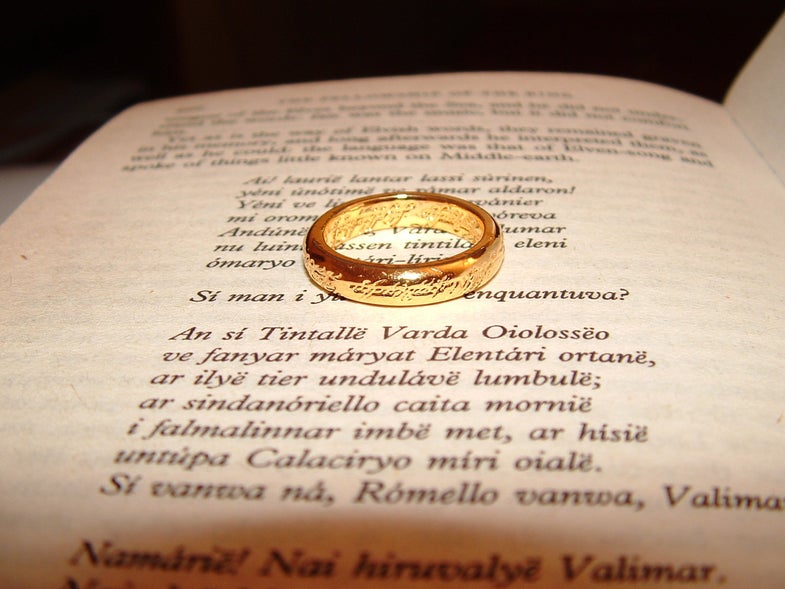 The world of Middle Earth, as portrayed in the Lord of the Rings books and films, is known mainly for its inhospitability. Giant spiders, orc hordes, ringwraiths on horseback, and terrifying monstrosities of shadow and flame in the depths of caverns all make for a pretty unpleasant environment. As the books tell, it’s also a great setting for adventurers, who tirelessly cross the world to fight these monsters and others. A study by Richard Walker and Alice Cooper-Dunn, published in the Journal of Interdisciplinary Science Topics, asks if the oxygen content of Middle Earth may allow greater feats of adventuring than our atmosphere does.

Even the most capable humans suffer from exhaustion, especially in long-fought battles, but at the Battle of Helm’s Deep, human ranger Aragorn, alongside other human defenders, seemingly fights all night without fatigue. Walker and Cooper-Dunn start from the premise that humans in Middle Earth are physiologically the same as humans as we know them, so perhaps it’s the environment that lends itself to such heroism.

With calculations about arterial pressure and gas exchange, Walker and Cooper-Dunn come to the conclusion that greater oxygen concentration in the atmosphere of Middle Earth could, in part, explain the heroic levels of human endurance regularly witnessed there. It also means we get great lines like this:

This is just the tip of the spear for Walker and Cooper-Dunn’s Middle Earth science. They also tackled the hard-hitting question of Frodo’s ability to survive spear-stabs in Moria.

Entertainment
lord of the rings
oxygen