Microsoft Would Like To Connect With You on LinkedIn

The makers of Windows are acquiring the networking platform 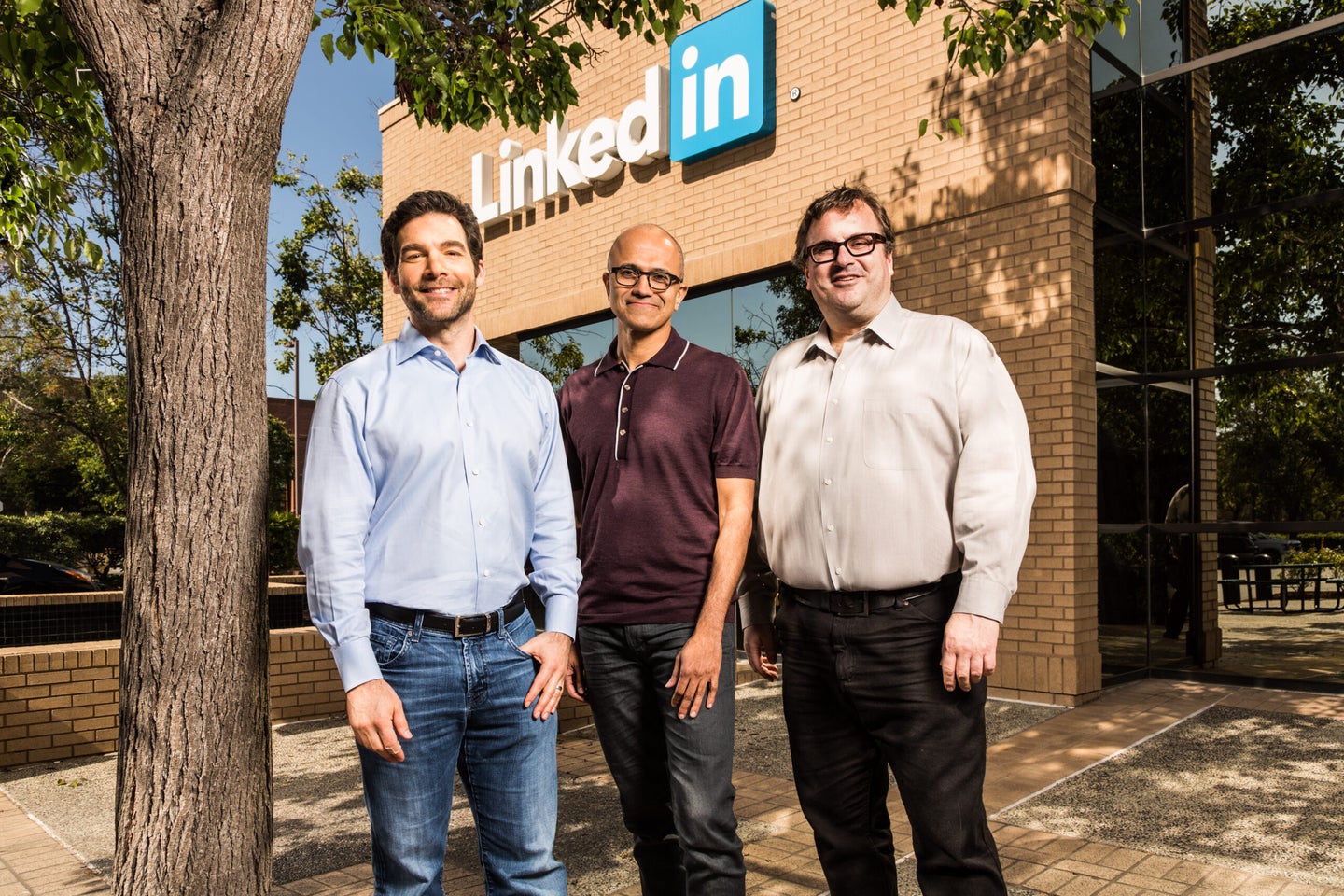 Microsoft announced today that it will be acquiring business social media site LinkedIn for $26.2 billion, to bring a social network into their suite of software products. Microsoft previously tried to start its own social network, So.cl, but you’ve never heard of So.cl and that’s why it failed.

In a letter to employees, LinkedIn CEO Jeff Weiner warned that the “dystopian view of the future” where robots take human jobs is already upon us, and LinkedIn has become some sort of last bastion of hope. He will remain CEO, and report to Microsoft CEO Satya Nadella.

The last major software acquisition Microsoft made was Mojang, the makers of Minecraft, in 2014, and before that Skype, which it bought in 2011. Microsoft is one of the largest providers of business software in the world, so buying a business-driven social network (and all of its data), makes sense.

Weiner says that Microsoft’s track record of giving its companies autonomy is why he decided to sell.

“Long story short, Satya had me at ‘independence,'” Weiner crooned in his employee letter.