But don't call it a next gen console 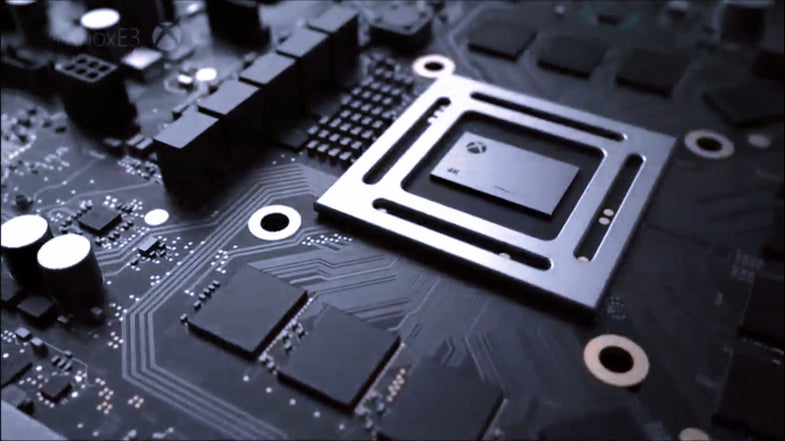 If you watched their presentation today at E3, you may have noticed that Microsoft is vehemently opposed to the phrase “next gen console.” So it’s a bit difficult to know what to call the yet-unreleased console of the future, code-named Project Scorpio.

Project Scorpio, which will debut next year according to Microsoft, will have true 4K gaming capabilities, six teraflops of processing power, and be built for high fidelity virtual reality. That’s all we know, except that the above image is likely a look inside the hardware. Hopefully those fancy electronics will get a cover of some kind, right?

But it’s also not a successor to the Xbox One. Rather, according to Microsoft’s vague explanation of their new mindset, it will be an adjunct platform, delivering more and better, but also capably delivering the same and familiar.

Why announce this year if it’s debuting in 2017? Microsoft wants to give its game design partners a long lead to develop some cool titles: lack of games is often a mood-killer at console release time, because who wants to drop a few hundred dollars on a new machine that can only play three games for six months thereafter?

There weren’t any specifics from Microsoft, but we can only assume that Project Scorpio (if that is its real name) will debut in early fall, or just before the holidays, in 2017.