Microsoft Wants To Use Bug-Catching Drones To Fight Disease

To catch a vector 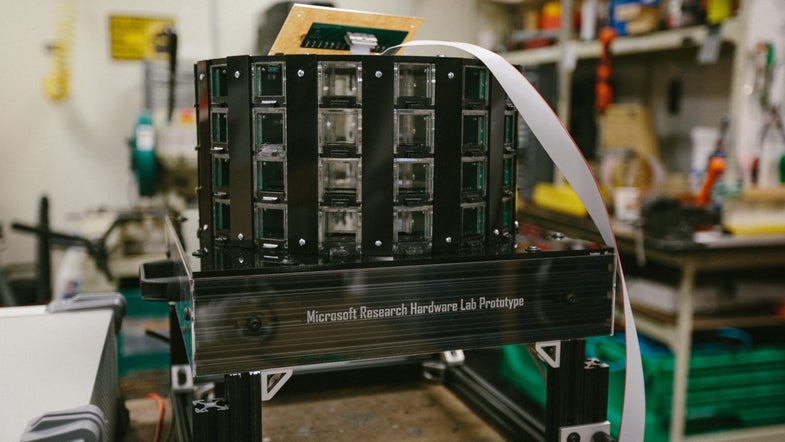 Disease is an easily underestimated killer of humans. Shortly after World War I, a flu outbreak killed more people than the conflict itself. In every war America fought in the 20th century, malaria caused more casualties than gunfire, making it so great that the U.S. Army is to this day looking for better bugcatchers to stop or at least anticipate disease before it hits American camps. Announced yesterday, Microsoft’s “Project Premonition” hopes to use drones and other technology to preemptively fight disease outbreaks and save humanity from a permanent shutdown.

As envisioned, Project Premonition would use drones to catch and identify new diseases before they become a threat to humans, wildlife, or livestock. Their trap is cylindrical, with lots of tiny rooms for new captives. Microsoft is vague on the details of exactly how it works, but after the drone brings the bugs back to the lab, scientists will analyze the mosquitos for viruses, sequencing any familiar viruses they find as well as any new, deadly threats. The potential gains are tremendous: new diseases found and sequenced before they get a chance to become virulent outbreaks.

In a video released about the project, the drones are DJI Phantoms, though the quadcopter might change in the future.

Microsoft hopes that eventually a global system of drones could help to fight tropical diseases, but they’re testing the tech first in Grenada. It’s a noble mission, and we hope it works well.