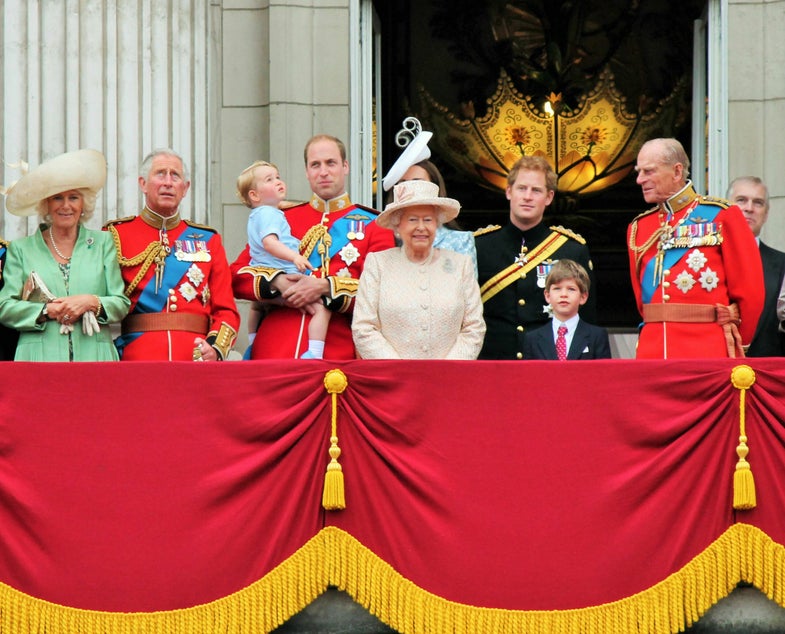 If you have a very limited media diet, you may not have heard that Prince Henry of Wales (usually referred to as Prince Harry) recently proposed to American actress, model, and humanitarian Meghan Markle. Along with his hand in marriage and a place in the British royal family, she has accepted a glittering rock from Botswana. It formed hundreds of thousands of feet under ground, billions of years ago, only to be pushed upwards by subsurface plumes of burning magma on its fateful journey to Markle’s ring finger.

Prince Harry, Meghan Markle, and the rest of humanity are enjoying a relatively stable time of volcanic peace. In more tectonically volatile epochs, people would have had a harder time finding food, fetching water, and relaying news of royal milestones without stepping into pools of lava. But on the plus side, it would have been a lot easier to pick up diamonds.

Right now, wherever you are on Earth, you are most likely sitting on a cache of hundreds of carats of the hardest gem. Unfortunately for you, they’re probably more than 120 miles under ground. It takes a violent subterranean explosion to thrust diamonds up to where they are easily retrievable by miners. In a study on the Venetia Mine, near the intersecting border between Botswana, Zimbabwe, and South Africa, researcher Janne Koornneef and her team analyzed diamond impurities to unearth billion-year-old secrets about the collision of forgotten continents. They published the results in Nature Communications this past September. Her research could shed light on the origins of Markle’s new royal jewelry—and the future of Earth’s climate.

Southern Africa is not the only place where people harvest diamonds, but it’s one of the most famous. Prince Harry chose a diamond from Botswana because he has a special relationship with the area, according to Today, Vanity Fair, The Telegraph, and many other outlets. But he might have also made his decision because of the sheer volume of diamonds in Botswana. They’ve boasted more than any area of the world since the 1980s.

Koornneef wanted to know where the diamonds in the nearby Venetia Mine came from, and says she was surprised by the results of her study. She did not just find one way that diamonds in this area originated. She found two separate waves of emerging gems, one 3 billion years ago, and the other 1.1 billion years ago. “They were quite different from each other,” she says. “Completely different signatures.” The older diamonds formed when the Zimbabwe Craton, a 3.5 billion-year-old piece of earthly crust, tore apart and crashed into another craton. That process was gentle compared to the boiling chaos that created the second set of diamonds from the mine. That bygone hellscape was so volcanically active and large that it has a name: the Umkondo Large Igneous Province. Now, only the geological records hint at this long-lost, magmatic past.

This research doesn’t just benefit the De Beers, who donated the 26 diamonds Koornneef used in the study. This study helps scientists understand how our planet emits and subsumes carbon, which has implications for the climate that Markle’s potential royal children will grow up in, though humans emit far more greenhouse gases that volcanoes. “We would like them to know how our Earth is working,” says Koornneef. “It’s not clear right now whether we’re losing carbon through subduction or getting things back to the surface.”