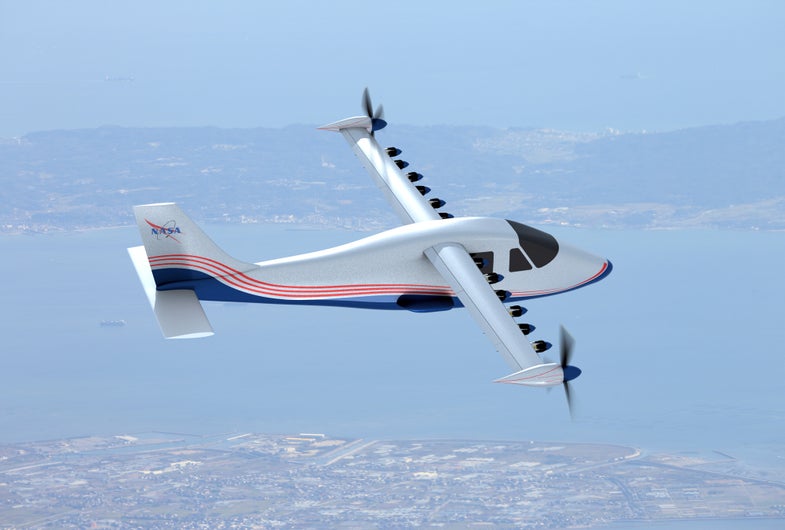 Aviation is NASA’s unsung half. The agency best known for hurtling objects into space and putting robots on other planets also explores frontiers closer to earth, in the great ocean of air above us all. Previous NASA X-planes broke the sound barrier, flew to the edge of space, and tested unusual concepts, like forward-swept wings. Today, NASA revealed the name of their latest plane concept, a converted light plane with 14 electric engines. It’s officially the X-57, but you can call it Maxwell.

Why Maxwell? From NASA:

Of the 14 engines, 12 will provide extra thrust for takeoff, and the two larger engines, one on the tip of each wing, will propel the plane while it’s at cruising altitude. NASA’s aiming for a top speed of 175 mph. That’s well below the sound barrier, which is fine. Efficiency isn’t as flashy as sonic booms, but it’s a lot more useful. And with Maxwell, NASA’s aiming for efficiency across the board, with the goal of reducing “overall operational costs for small aircraft by as much as 40 percent.”

Despite repeatedly describing the plane as a hybrid, NASA says it will be powered only by batteries, making it as far as we can tell all-electric. Emissions-free flight is worth it, if only for an end to nonsense conspiracy theories. 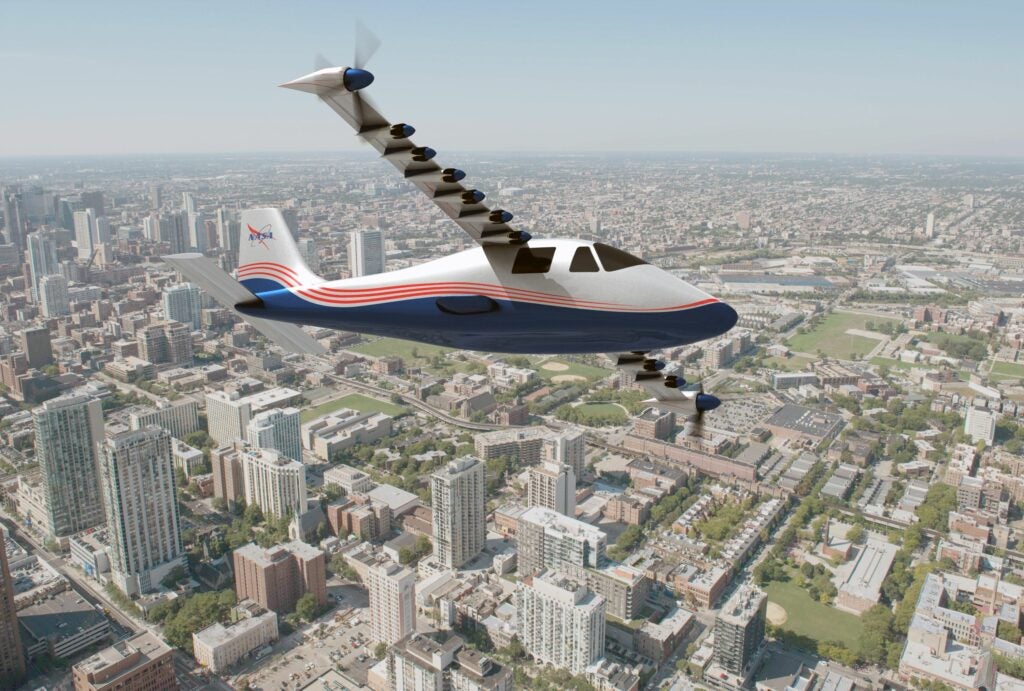 Maxwell Concept Art, Over A City

Look at the tiny wings and tiny engines on this all-electric plane.
Kelsey D. Atherton