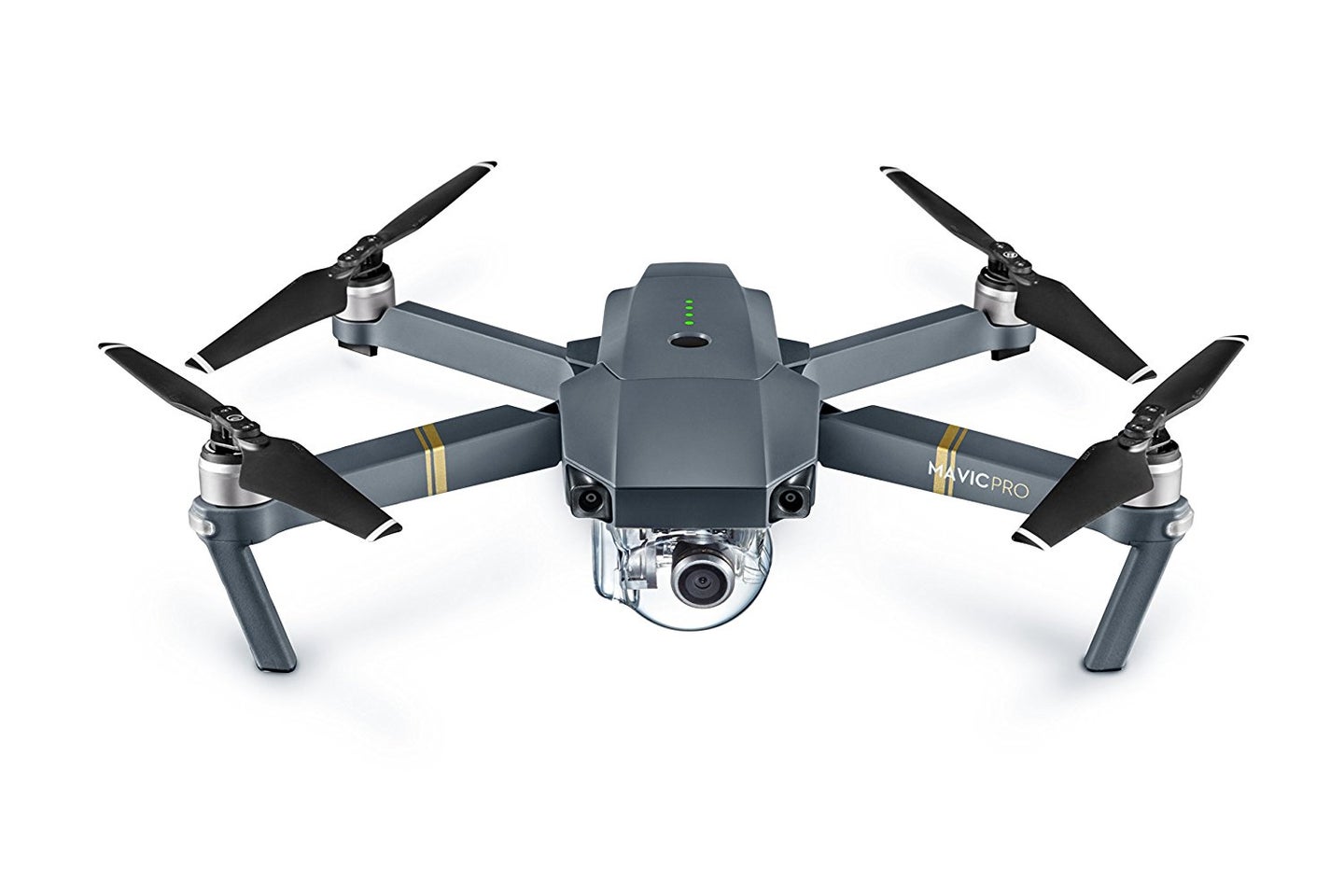 A drone is a flying, autonomous camera. A drone is so much a flying camera that in a release video for their newest drone, dronemakers DJI don’t even say the word “drone,” instead just referring to the latest unmanned aerial vehicle as a “flying camera.” The features that make it drone-like: remote controls, onboard stabilization and obstacle avoidance sensors, GPS location and navigation programs, are really just camera accessories, part of the built-in airborne body for the new selfie machine.

And the body is compact. “Mavic,” DJI’s latest drone, folds up, and is designed for backpacks and large pouches, rather than large, bulky, specialized carrying cases.

Mavic weighs 1.6 pounds. When folded up, it is less than 8 inches long, with a width and a height of just 3.25 inches each. It can fly for up to 27 minutes, and it has a top speed of 40 mph. (That top speed is only available in sport mode; normally it will fly at up to 22 mph). The signal range is limited to 4.3 miles, though, so the signal will cut out before the drone runs out of power if it flies away at top speed. The release also includes new goggles, for first-person view flying.

The Mavic is expected to retail at a buck shy of $1000. That’s a lot for a small machine subject to poor piloting. As Popular Mechanics notes, that puts a lot of pressure on the Mavic’s obstacle avoidance software and sensors to actually work. If they do, then the drone can fly on its own, free of worry. If it doesn’t, then it’s just a more compact collection of soon-to-be-broken parts.