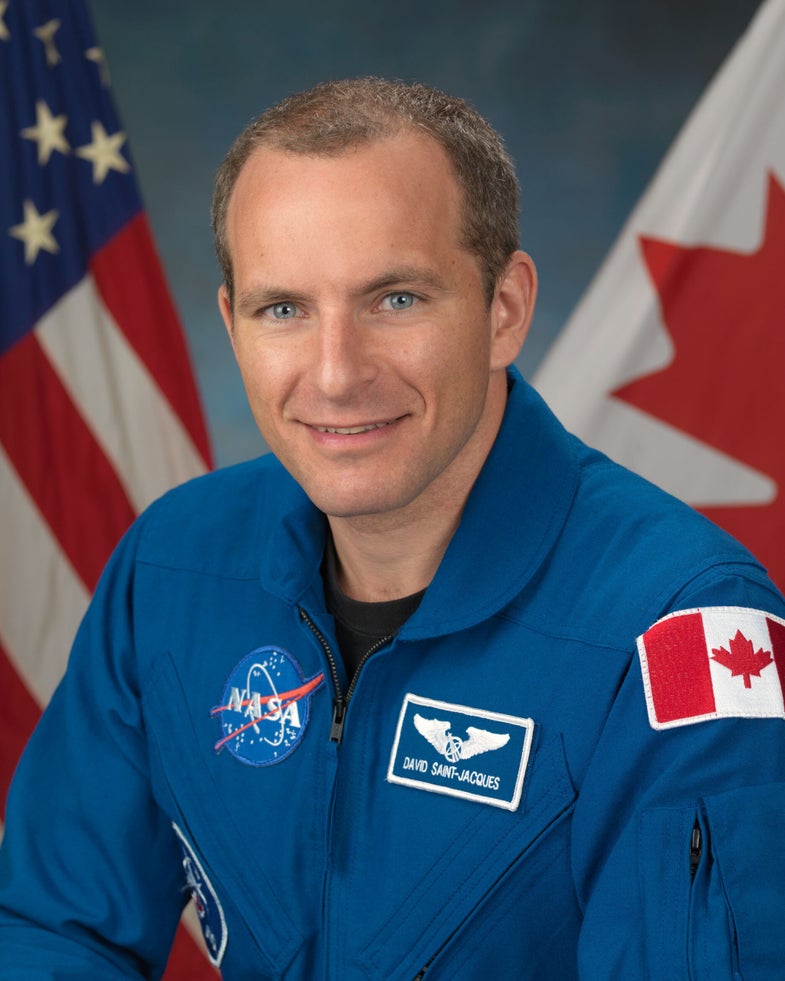 Canada’s newest astronaut will launch to the International Space Station in 2018. David Saint-Jacques has booked a ticket on the Russian Soyuz rocket, and he’ll be the first Canadian to take a long-term stay on the ISS since astronaut Chris Hadfield wooed us with his microgravity performance of “Space Oddity” and other experiments.

“I stand on the shoulders of giants,” Saint-Jacques said in a news conference.

Saint-Jacques has degrees in medicine, engineering and astrophysics. Sadly, there’s not mention of his musical abilities.