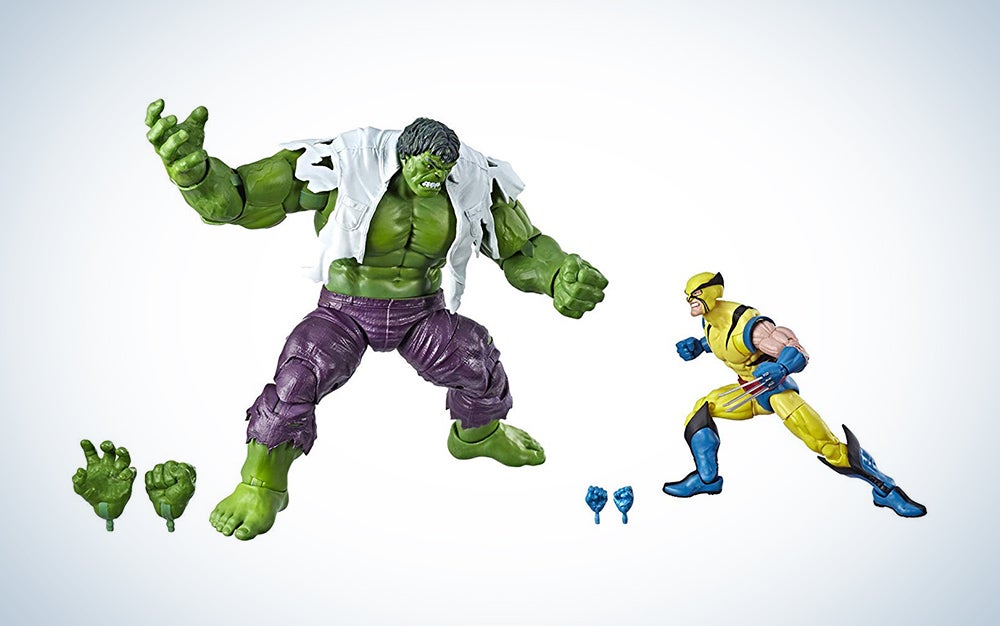 Although Marvel Comics as we know it didn’t really exist until 1961—the publisher was known as Timely Comics and Atlas Comics first—the first comic book titled Marvel Comics published in 1939, which makes this year a special one for the creators of the X-Men, Spider Man, and Captain America. Marvel is using that landmark year as their official “birth,” and have planned a series of celebrations throughout 2019 to mark the 80th anniversary. It includes special edition comics, promotions, and, of course, collectibles. Below are some of the coolest toys you can purchase under the guise of Marvel’s birthday.

You’d think Marvel might be loathed to revisit the ’90s and the brand’s relationship with the action figure manufacturer Toy Biz, since it represents an era when Marvel was going bankrupt and its future was very much in doubt. But the power of nostalgia is strong, especially when it comes to the X-Men. The ’90s animated series is still beloved, and Marvel is using its 80th birthday to bring out a line of finely-detailed figures in the classic X-Men packaging of the era. The figures themselves are gorgeous, truly testing the resolve of any hardcore collector not to open them: switchable hands, heads, and accessories, and detailed sculpting. The first wave features some classics—Storm in her animated series look, Cyclops, and Iceman—and some deeper cuts like villain Silver Samurai, Dazzler in her ’90s coin-op arcade game look, and Wolverine in his 1988 solo series all-black look (complete with a samurai sword).

Part of the company-wide celebration are these enormous two-pack box sets commemorating classic Marvel Comics covers and moments. The highlight is this homage to Incredible Hulk #181, known to fans as the first full appearance of Wolverine. The set features an appropriately hefty Hulk and a detailed Wolverine in his very first costume incarnation, complete with skinny, more feline mask. The display-worthy packaging bears the “Marvel 80” logo and a full-color representation of the classic over on the back, with some facts and stats about Hulk and Wolverine in case, you know, you’ve never heard of these guys before.

Along with the massive box sets are individual figures, starting with—who else?—Captain America, Iron Man and Thor. All are packaged in smaller versions of the black, “Marvel 80” boxes as the larger box sets, and they practically serve as display cases in their own right. Like the others, it’s all about the details (which it has to be, frankly, when you’re dealing with characters like these who’ve had a lot of representations over the years). The highlights include the swappable Iron Man faceplates (better to highlight the sweet, sweet Tony Stark ‘stache), an interchangeable hand for Captain America that is molded to look like he’s actually throwing his shield (complete with comic panel-worthy sweeping motion lines), and a legible inscription on the side of Thor’s hammer, Mjolnir.