It's caught in a storm that now covers a quarter of the planet, and is still growing. 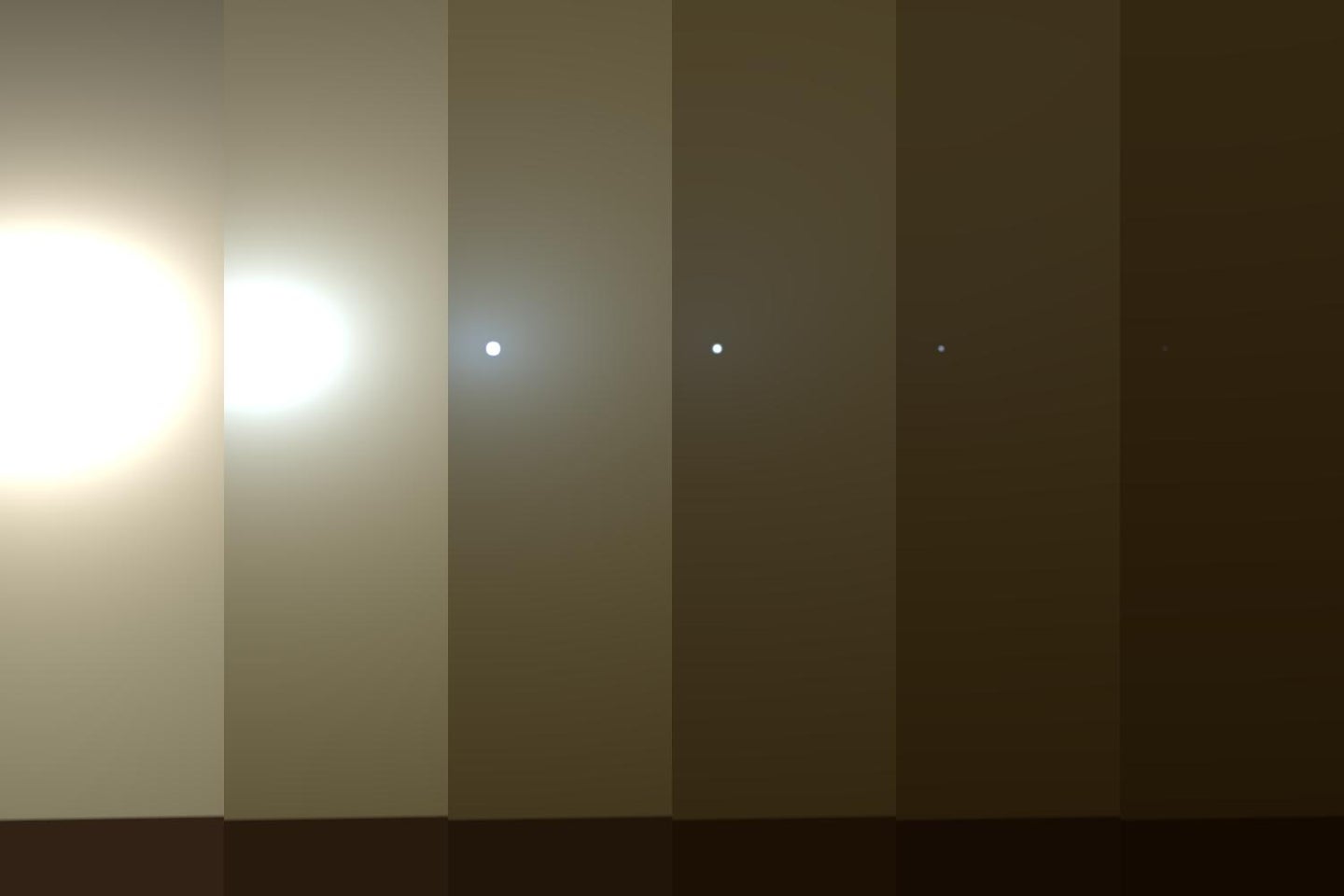 There’s a particular agony that hollows out your heart, waiting on a call that’s late, and might never come. It’s worse when you know that on the other end of the line is danger, and you’re too far away to offer any measure of protection beyond your watchful waiting, which is no safety at all.

Are you OK? Let me know that you made it.

Opportunity, the longest-running Mars rover, is currently in a bad spot. It’s smack in the middle of an intensifying dust storm, where fine particles of dust as thin as talcum powder billow so thickly that they block out the Sun.

NASA researchers put it in a power-saving mode last week, suspending science operations to prioritize Opportunity’s survival. The rover was supposed to check in periodically until the storm passed, sleeping during the stretches of silence.

It missed its scheduled call home on Tuesday, leaving its minders on the ground worried about its welfare—and with no way to check and see if it’s OK.

“At this point we’re in a waiting mode. We’re listening every day for possible signals from the rover and are prepared to respond to that,” John Callas, Opportunity project manager at NASA’s Jet Propulsion Laboratory, said at a press conference on Wednesday.

Opportunity is solar powered, so the dark and dusty night it finds itself in could be a death sentence. If it uses up the energy in its batteries and can’t get enough light on its solar panels to recharge them, Opportunity might be stranded. The power generation in sleep mode is so low that it might eventually lose the ability to power its internal clock. Recovery from a clock fault is still possible, but would take longer, requiring the awakened rover to set timers and enter a sleep-wake cycle until it registers that the Sun is up and it can communicate with Earth again.

However, there is still hope that it won’t succumb to bitter cold like its sister rover Spirit did in 2010. Opportunity is designed to exist in temperatures down to -67 degrees Fahrenheit during hibernation. Fortunately, thanks to the insulation of the dust and the fact that it’s Martian summer near Opportunity, temperatures near the rover aren’t expected to get below -33 degrees F. “We should be able to ride out this storm,” said Callas. “When the skies clear and the rover powers up, it should be able to communicate with us.”

The storm Opportunity finds itself in is startlingly intense—with enough dust to block out the bright midday Sun—and now covers 14 million square miles, a quarter of the planet. Mars has endured global dust storms before, which lasted for weeks or months, and it’s possible that this storm might continue to grow and persist.

NASA researchers plan to keep a close eye on the storm as it develops, using information from Opportunity (if available), the rover Curiosity on the other side of the planet, the Mars Reconnaissance Orbiter, Mars Odyssey, and MAVEN. The hope is to gather data that could help forecast future tempests, and help understand what drives a regional storm to expand into a larger, planet-wide event.

“Of those regional storms that do occur [on Mars], only a dozen or so have ever in the historical or modern record expanded to cover the globe,” said Rich Zurek, Mars Program Office chief scientist at JPL. “The current storm is only days away from meeting that classification of a planet-encircling dust event.”

Researchers on another mission, NASA’s InSight lander, are watching the developments of this storm closely. InSight is scheduled to land on Mars in November, which is still dust storm season on the planet. This storm isn’t expected to last that long, but another one could crop up. The mission is prepared for the possibility of a global dust storm, but it does add an element of challenge to the landing attempt.

For now, though, all attention is on Opportunity. Mission engineers think that it will be several days before the rover can get enough sunlight to recharge its batteries. Because they weren’t able to contact Opportunity on Tuesday, they think that the rover may have shifted into what’s called ‘low power fault mode,’ where all its systems except for a clock shut down. The clock will periodically wake the computer, which will check to see if the batteries have been charged. If they have, the rover will start back up. If not, it will remain asleep.

“We’re concerned, but we’re hopeful that the storm will clear and the rover will begin to communicate with us,” Callas said.

It’s getting bad out there, how are you holding up?

Opportunity has already endured far more than it was ever expected to when it started its 90-day mission back on January 25, 2004. Instead of lasting three months, it’s lasted 14 and a half years (and counting), traveling 28.06 miles and getting intelligence upgrades along the way. It even weathered another dust storm back in 2007.

Even with all its accomplishments, the rover isn’t immortal. For one thing, it isn’t alive—and even the most durable machine has a limited lifetime.

“We’re all pulling for Opportunity. As you all know, it’s been a remarkably resilient rover,” said Jim Watzin, director of NASA’s Mars Exploration Program. “Regardless of how this turns out, this little rover has proven to be an invaluable investment that has increased our ability to explore the red planet.”

For us, and the people at NASA who work most closely with the rover, there is nothing to do but wait. Callas described the mood as similar to watching over a loved one in a coma.

“This team has a very strong bond with the rover, and we have a tight emotional connection with it,” Callas said. “By no means are we out of the woods here. This storm is threatening, and we don’t know how long it will last and what the environment will be like when it clears. We’re all concerned.”

Hey Opportunity, it’s Earth again. Call home when you get a chance, we’re worried about you.