Mars One is Taking Steps, But Probably Not Towards Mars

Last week, 202,586 applicants for the Mars One mission were whittled down to 100 hopefuls. These are the men and... 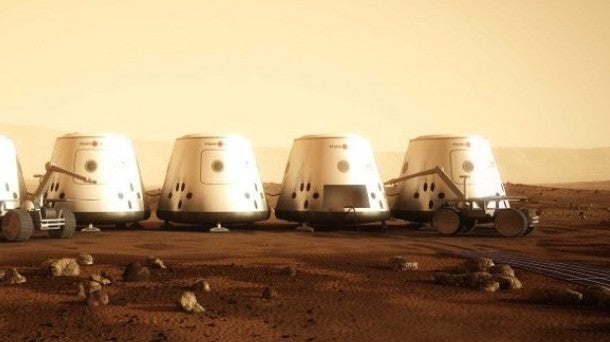 Last week, 202,586 applicants for the Mars One mission were whittled down to 100 hopefuls. These are the men and women who will vie for the four spots on the first manned mission to Mars on a reality TV show. It’s a step in Mars One’s ambitious project to colonize our planetary neighbour, but probably not a step closer to Mars. The mission is wrought with problems, and skepticism over its ability to succeed is widespread. The best thing about Mars One might be that it’s getting people talking and thinking about interplanetary flight, but the proposed mission is so far from reality that it’s almost doing a disservice. If (when) the mission doesn’t get to Mars, it’s possible people will lose interest in the whole endeavor, and that would be a devastating turn for space exploration.

I’ve explored my thoughts on this mission fully over on Nerdist.

And also talked about some of the problems that are now starting to come to light almost two years ago on Physics Focus.