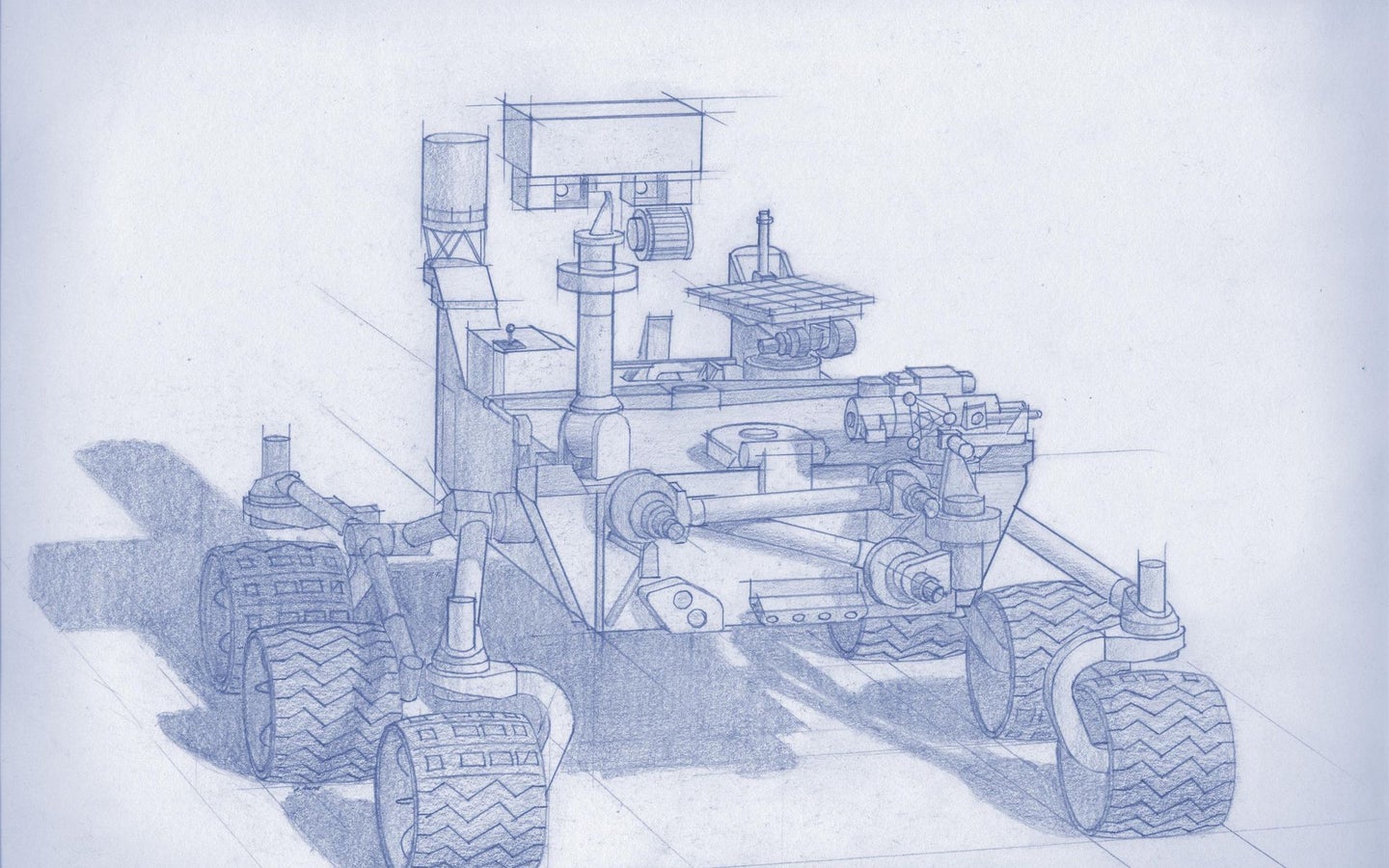 This spacecraft has the capability help scientists determine whether life exists on Mars, but it's not allowed near the newly discovered watery regions on Mars. NASA
SHARE

Mars isn’t the dry wasteland it looks like. There’s water in them thar rocks, according to NASA. Just this morning, the space agency announced that the mysterious, dark streaks that show up on Mars during the spring and summertime are in all likelihood caused by flowing water. The water is briny and it’s not there all year round, but it’s there. So, now what?

On Earth, where there’s water, there’s life. And when it comes to searching for otherworldly lifeforms, NASA’s motto has been to “follow the water.” So now that we know there’s water on Mars, the obvious next question is: “is there life there as well?”

In the paper about the discovery, researchers call for further exploration of these dark, streaky areas. And in a press conference, John Grunsfeld from NASA’s Science Mission Directorate said he hopes that NASA will someday send astrobiologists to these sites, to see if life could possibly be hiding out there.

But searching for life on Mars won’t be simple, as Scientific American‘s Lee Billings notes. The Outer Space Treaty, which the U.S. is party to, outlaws the “harmful contamination” of other worlds with Earth biology.

Earth spacecraft have to go through rigorous cleaning to remove their microbes before they head into space. The microbes are subjected to drying, chemical cleaning, ultraviolet radiation, and starvation. But the bugs are stubborn, and a few of them can outlive NASA’s efforts to get rid of them. For example, the Curiosity rover launched with 65 bacteria species onboard—whoops! 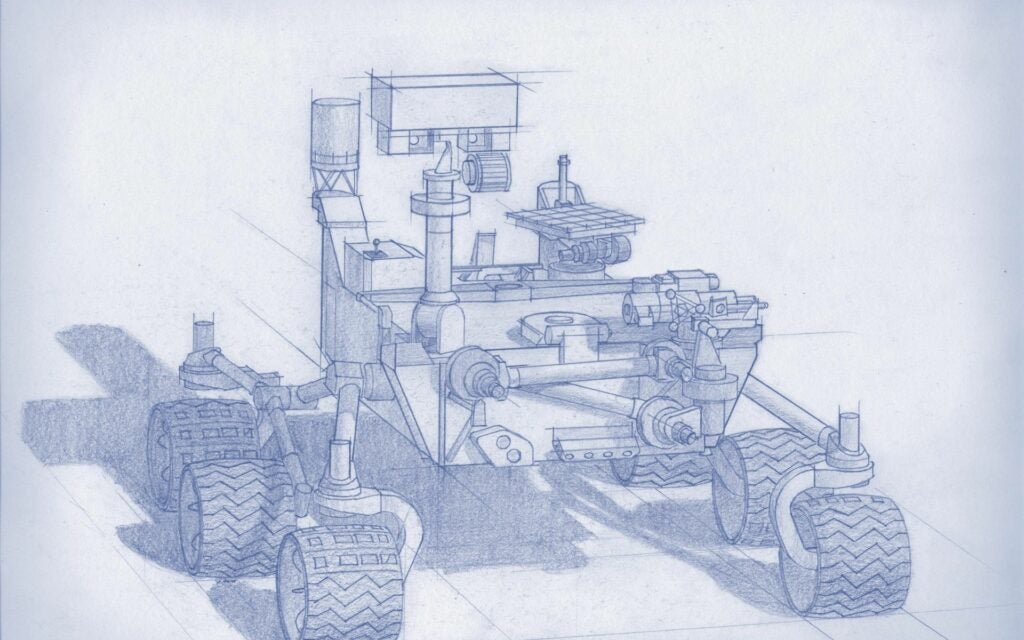 This spacecraft has the capability help scientists determine whether life exists on Mars, but it’s not allowed near the newly discovered watery regions on Mars.

Because of these tiny hitchhikers, the international organization COSPAR (Committee on Space Research) has designated “Special Regions” on Mars where conditions are potentially ripe for Martian biology to flourish. Spacecraft (and humans, not that it’s relevant at this point) are supposed to avoid these areas unless their equipment is super-sanitized. Otherwise they risk infecting Mars with Earth’s microbes, and confusing the life-detection equipment.

Unfortunately, the Mars 2020 rover, which is the next spacecraft that could potentially search for life in Mars’ soggier habitats, is not allowed to go near them. Such watery areas could be prime real estate for microbes, and the rover’s radio-thermal generator could provide enough heat for it to be loaded with earth germs.

Although future spacecraft could theoretically design around this flaw, it could cost millions of dollars and several years extra to adequately decontaminate spacecraft to enter one of these regions. With NASA’s tightening purse strings, it’s hard to see how the agency could come up with the cash.

So NASA’s in a bit of a “catch-22”, as Billings notes. “[K]nowing for certain whether any of these places are actually special probably requires visiting them—something that is very difficult to do under current protocols.”